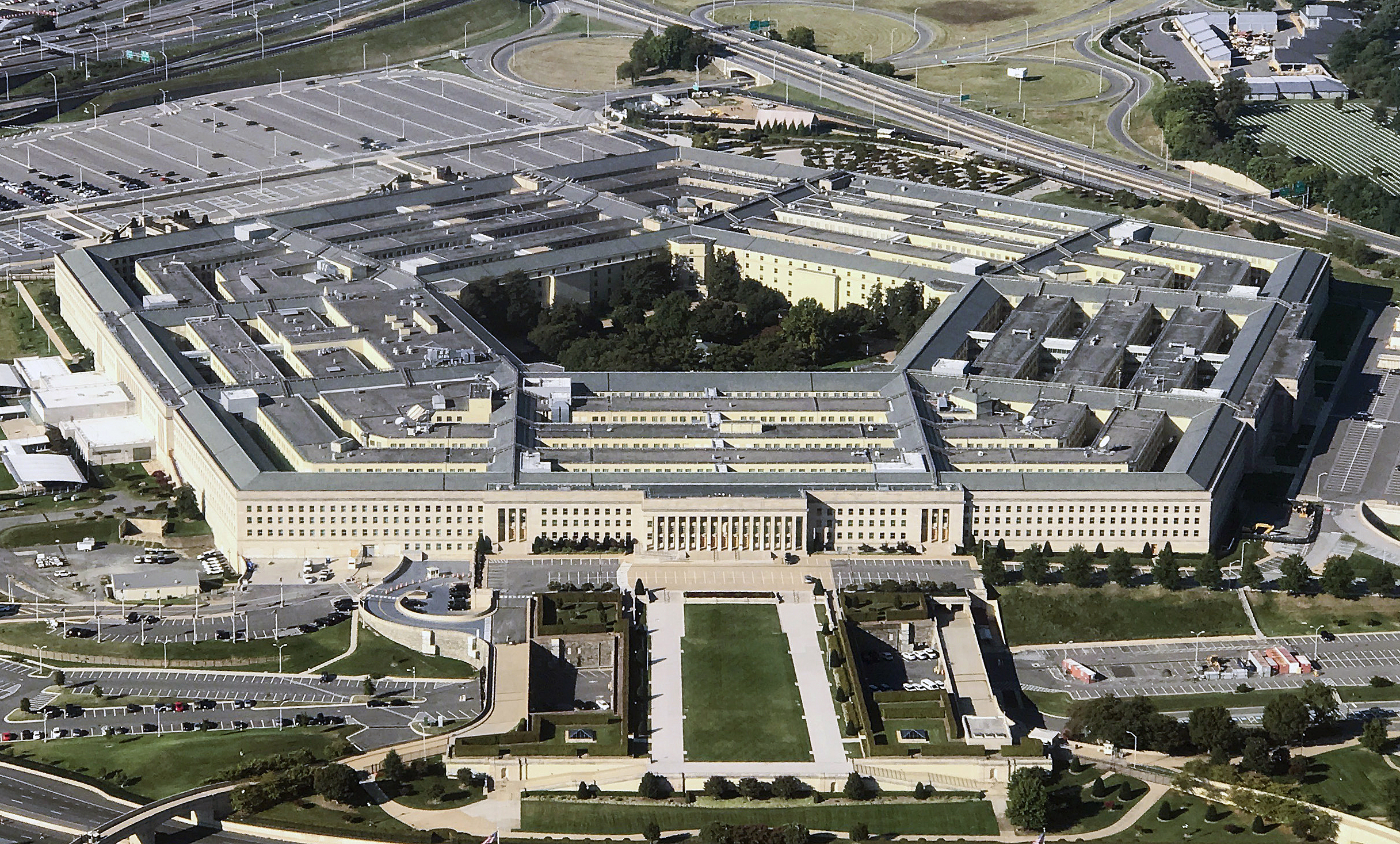 One of the world’s most famous buildings, The Pentagon, alongside the Potomac River in Arlington County, has become the symbol of U. S. military might and America’s position as a world superpower. The Pentagon Office Building Complex grew out of a need to centralize the War Department units. Spurred on by the outbreak of World War II, planning commenced in 1941 and a site near Arlington National Cemetery was chosen. War Department architect G. Edward Bergstrom and David J. Witman designed what was to be the world’s largest office building, containing some 6,240,000 square feet. The distinctive five-sided structure was built in the remarkably short period of sixteen months in 1941-42, in time to accommodate wartime command. The main elevations of The Pentagon employed the stripped classicism then in vogue for governmental architecture. The vast Pentagon building still houses the U. S. Department of Defense, the command center of the mightiest military force in world history.