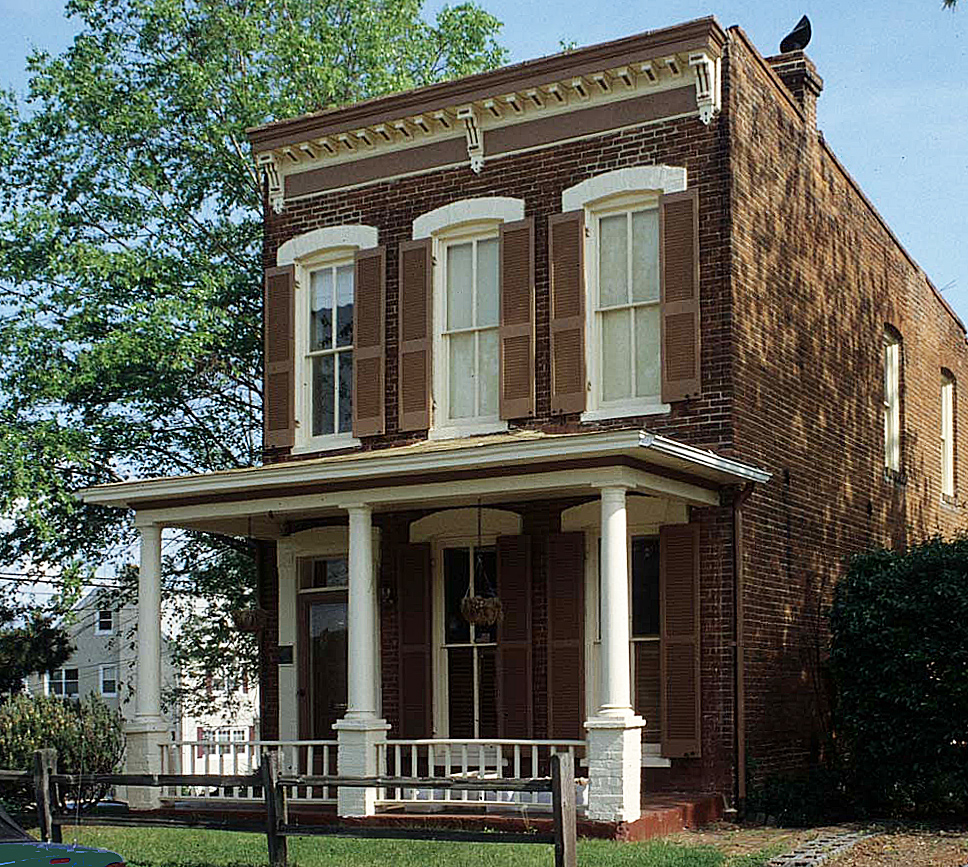 Arlington County’s Harry W. Gray House is a representative example of the historic, economic, and cultural contributions of African American families, reflecting the theme of ethnic heritage. Harry W. Gray and his family rose from slavery to middle-class citizenship in the decades following the Civil War, when many former slaves, including the Gray family, lived initially in the government-established Freedman’s Village, which disbanded by the mid-1890s. After gaining employment at the U.S. Patent Office about 1872, Gray in 1880 bought nine acres from J. R. Johnston and left the village. The following year, he constructed a masonry row house in the Italianate style, which was fashionable in urban settings such as Washington, D.C. The house is especially noteworthy because Gray, an amateur builder, constructed it with the skills and workmanship he gleaned first as a slave at Arlington House and then as a free man working in local brickyards as well as downtown Washington.