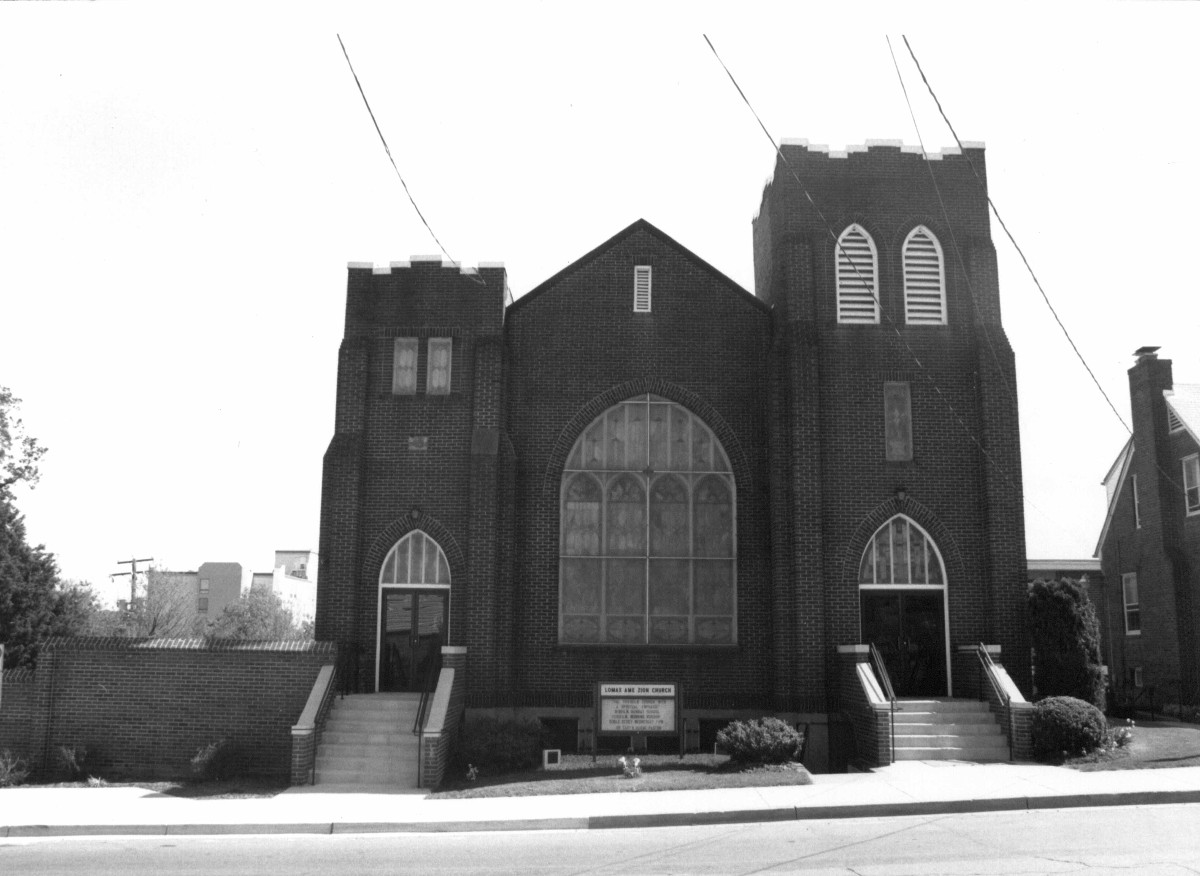 Located at 2406 24th Road South, the Lomax African Methodist Episcopal Church, constructed in 1922, is the oldest extant African American church in Arlington County. Known first as Wesley Zion Church and then called Little Zion Church, it was established in Freedman’s Village in 1863. Organized by the Bureau of Refugees, Freedmen, and Abandoned Lands, the village sheltered African American slave refugees and freedmen. In 1874, two decades before the village disbanded, the congregation relocated to the area later called Nauck in Arlington County. The present building is the third A.M.E. Zion Church on the site. The church retained its importance in the African American community throughout the 20th century.