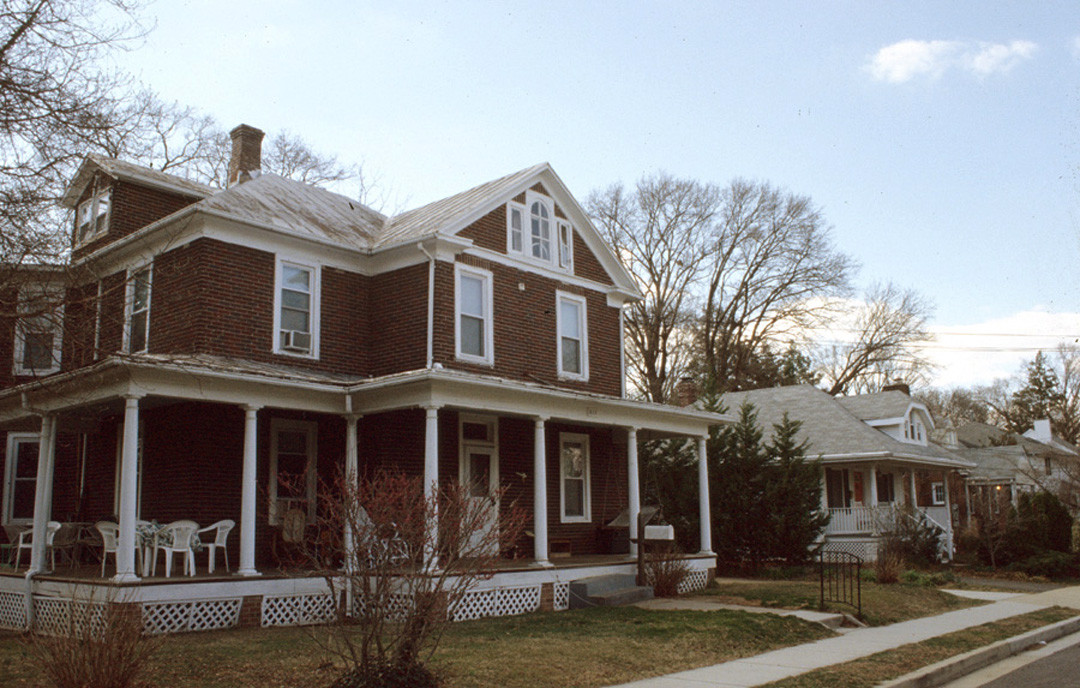 Developed between 1909 and 1978, the Arlington Heights Historic District was the product of 25 subdivisions and more than 30 builders. The growth of this residential suburb of Washington, D.C. was tied to the arrival of commuter buses, railways, and automobiles in the early 20th century that made living outside of the capital while working there a viable option. For its first 20 years, the neighborhood developed organically, but from the mid-1930s through the 1950s, it transitioned to a planned community, and the similarity in architectural styles of houses built after 1935 is evidence of this transition. Located in former farmland, it quickly became a desired residential location for federal government employees. Principles of neighborhood planning drafted by the Federal Housing Administration had a noticeable effect on the district’s later uniformity of development, such as requirements for accessibility to transportation, shopping, and schools. Arlington Heights appears to be the oldest named community in Arlington County, appearing on early 19th-century maps as part of the Custis family estate.