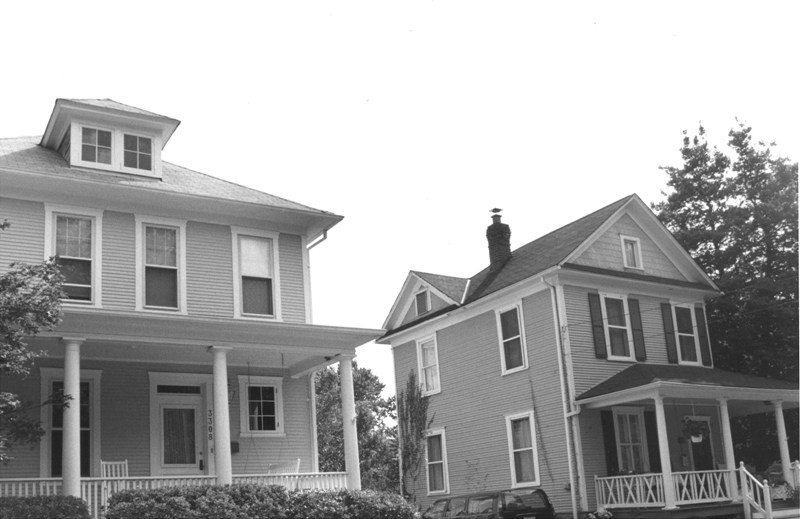 Maywood Historic District, located approximately two miles from Washington, D.C., was platted and subdivided into five sections between 1909 and 1913 by Hugh A. Thrift of the Conservative Realty Company, which acquired the original 73 acres of land for the new development in 1909. Most of the development took place during the second and third decades of the 20th century; however, the district contains buildings from every decade of the 20th century. Like other early-20th-century suburban developments, Maywood was promoted as a highly desirable and easily accessible alternative to the over-crowded urban environment. Maywood offered clean air, spacious building lots, and inexpensive land that were all “one car fare” from Washington. The district currently contains nearly 300 buildings, the majority of which are freestanding single-family dwellings and represent a variety of early 20th-century architectural styles and building forms ranging from high styles to vernacular interpretations. Buildings in Maywood are exemplary of the Queen Anne, Colonial Revival, and Craftsman styles, although several examples of Tudor Revival exist in the neighborhood. Dwelling forms represented include the Foursquare, Cottage, Bungalow, and Cape Cod. The oldest buildings in the neighborhood date back to the early 1900s and are Queen Anne and Colonial Revival-influenced structures. Other houses have been identified as prefabricated mail-order houses from such companies as Sears, Roebuck & Company.