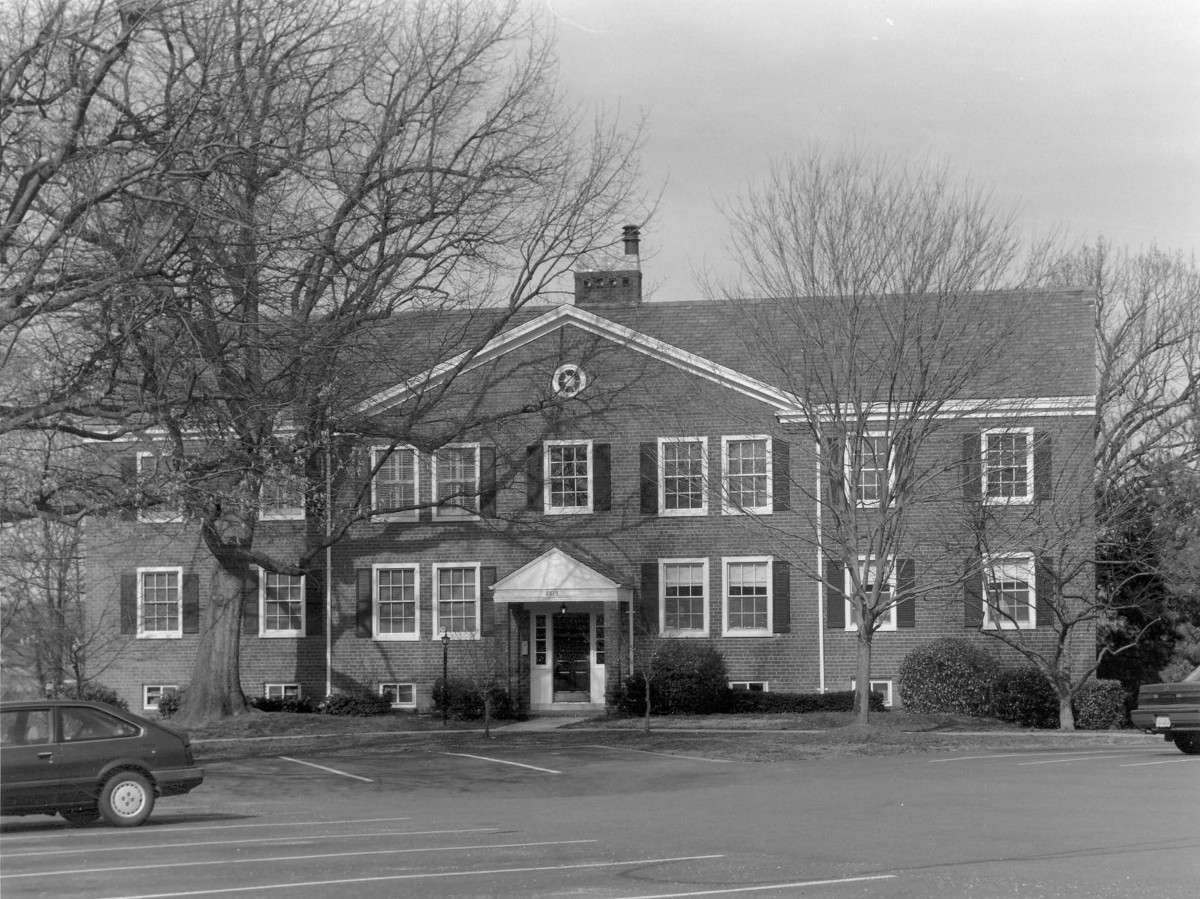 Fairlington Historic District, a garden-apartment complex constructed between 1942-1944 in Arlington County and a small part of the city of Alexandria, is a nationally significant example of a large-scale, publicly-financed, housing complex built for defense workers and their families during World War II. With 1,064 buildings containing 3,439 apartments, it was by far the largest project financed by the Defense Homes Corporation (DHC), a component of the National Housing Agency, and the largest apartment complex in the nation at that time. Many of Fairlington’s residents worked at the nearby Pentagon and Navy Annex. Designed by architects Kenneth Franzheim of Houston, Texas, and Alan B. Mills of the Washington, D.C., firm of Mills & Petticord, the Colonial Revival-style brick or stone apartment buildings with slate roofs were intended to remain a permanent part of the community after the war. DHC managed Fairlington until its sale to private owners in 1947. The rental units were successfully renovated and sold as condominiums from 1972-1977.