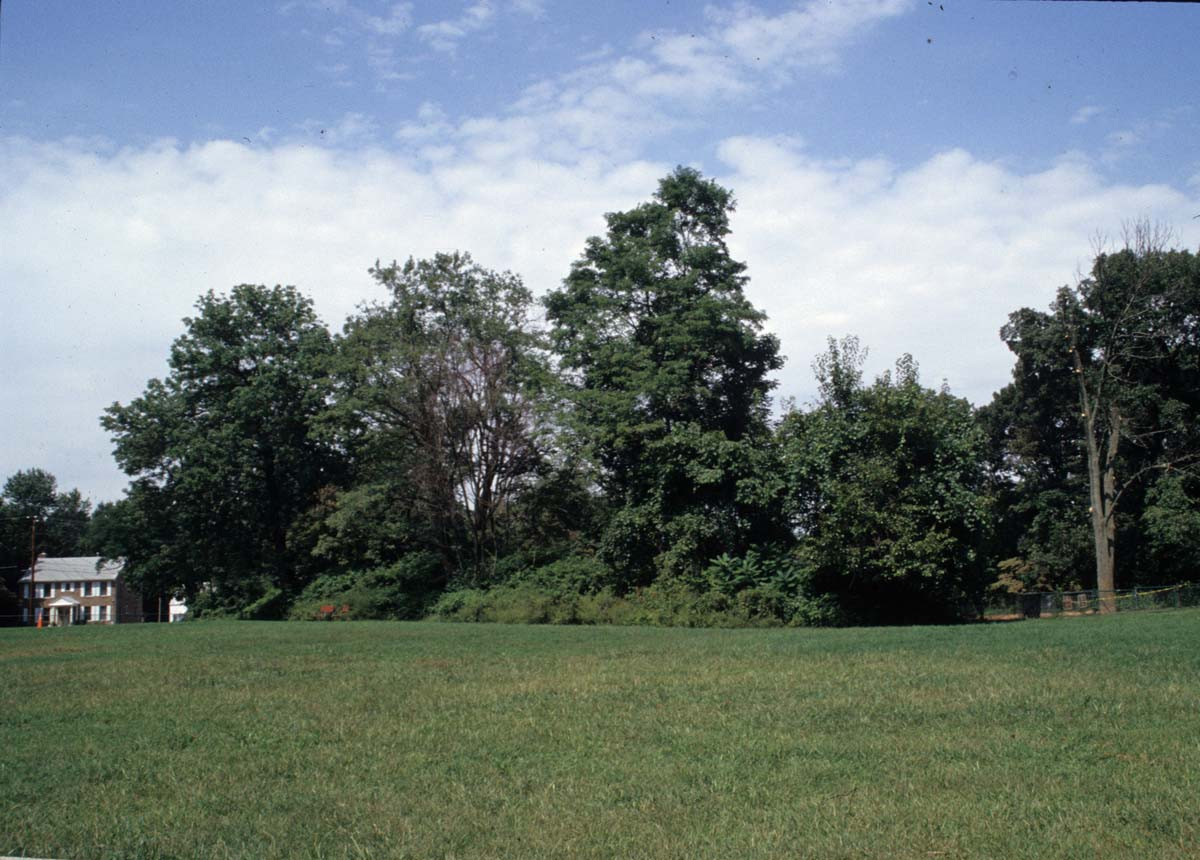 Fort Ethan Allen was built in September 1861 following the engineering directives of Major John G. Barnard of the U.S. Army Corps of Engineers. The bastion-style fort was connected by a long series of trenches and earthworks to nearby Fort Marcy and the Potomac River as part of the defenses of Washington, D.C. It consisted of four main faces with additional salient angles built into the north and east faces and maintained a perimeter of 768 yards with emplacements for 34 guns. Interior structures included two bombproofs, magazines, and other supporting structures. At the time of its listing, Fort Ethan Allen retained several major aboveground features including large earthworks, one bombproof, gun platforms, and traces of magazines. Because the fort initially garrisoned troops in tents inside its parapet walls for extended periods of time, it should provide a greater wealth of archaeological resources on the interior than forts constructed later in the war.