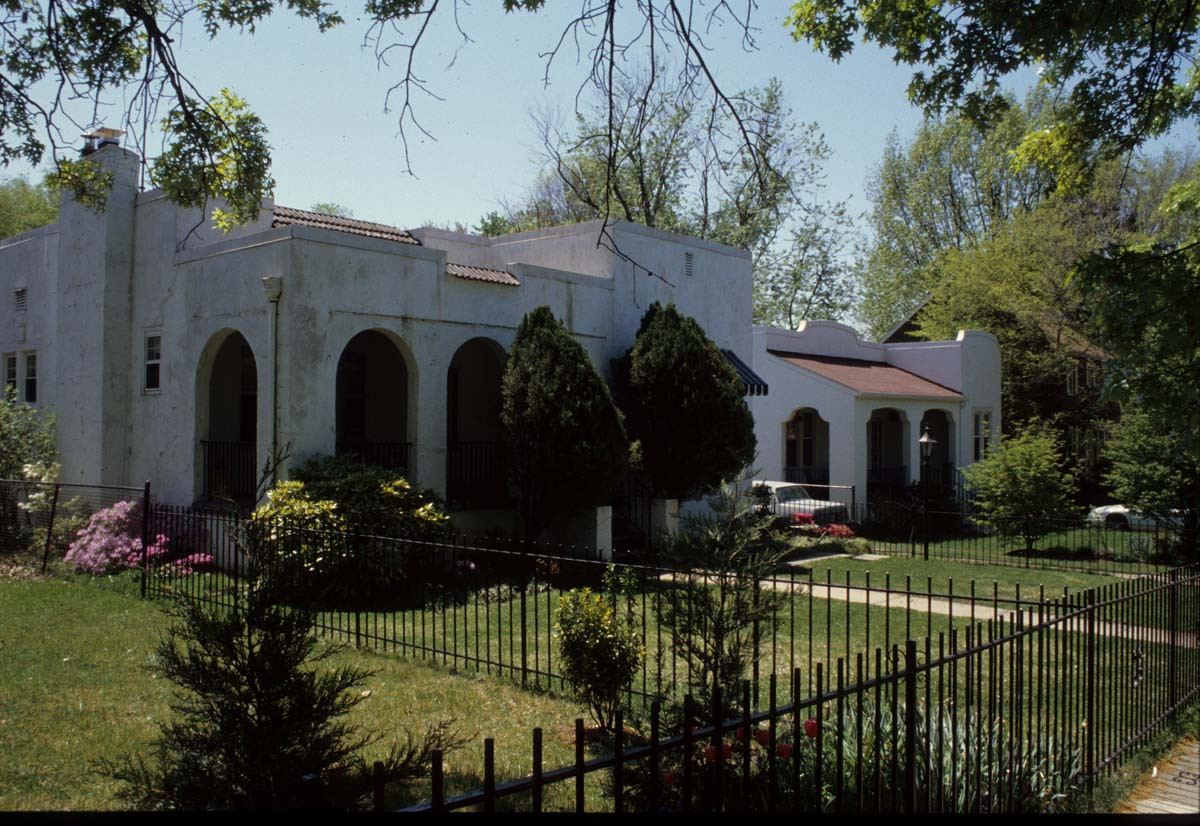 Lyon Village Historic District is an excellent example of the many residential subdivisions that were created in Arlington County during the second quarter of the 20th century. Developed in response to the burgeoning population increase in the Washington, D.C., metropolitan area, the neighborhood was served by streetcars of the Washington-Virginia Railway Company. Lyon Village was the second suburban community platted by speculative developer Frank Lyon beginning in 1923. Dividing the community into nine sections, landscape architect William Sunderman incorporated a series of landscaped traffic circles, sloping lots, and a community park in his design, creating a picturesque neighborhood that appealed to middle-class residents. The community’s 762 residential lots contain dwellings exhibiting a wide variety of architectural styles and forms including the Colonial Revival, Tudor Revival, Craftsman, and Spanish Mission styles as well as bungalows and foursquares. Queen Anne-style dwellings that preceded the development are also found in the district. By 1950, Lyon Village had become fully developed. Today its tree-lined curving streets, handsome dwellings, and proximity to Washington continue to make it an attractive place in which to live.