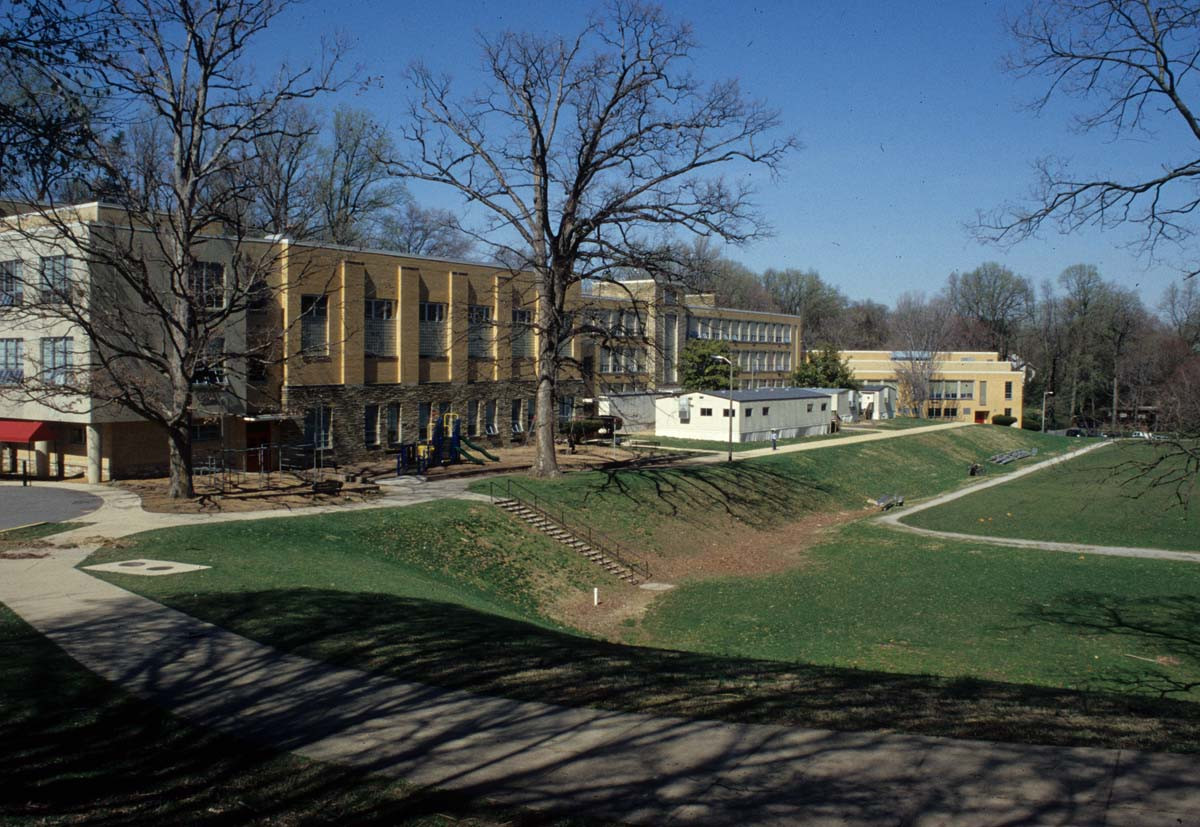 Architect Rhees Evans Burket, Sr., of Washington, D.C., designed Stratford Junior High School in 1949, during Arlington’s most active period of school construction following World War II. It was the first of four junior high schools built there during the 1950s to accommodate the rapid increase in the student population. The school is a particularly high-style and intact example of the International style that predominated in school construction in the county as well as nationally during the late 1940s and 1950s. In 1959, it became the first public secondary school in the Commonwealth of Virginia to desegregate with the admission of four African American students: Ronald Deskins, Michael Jones, Lance Newman, and Gloria Thompson. The event signified the end of massive resistance in Virginia and dealt a powerful blow to the opponents of racial equality nationwide.