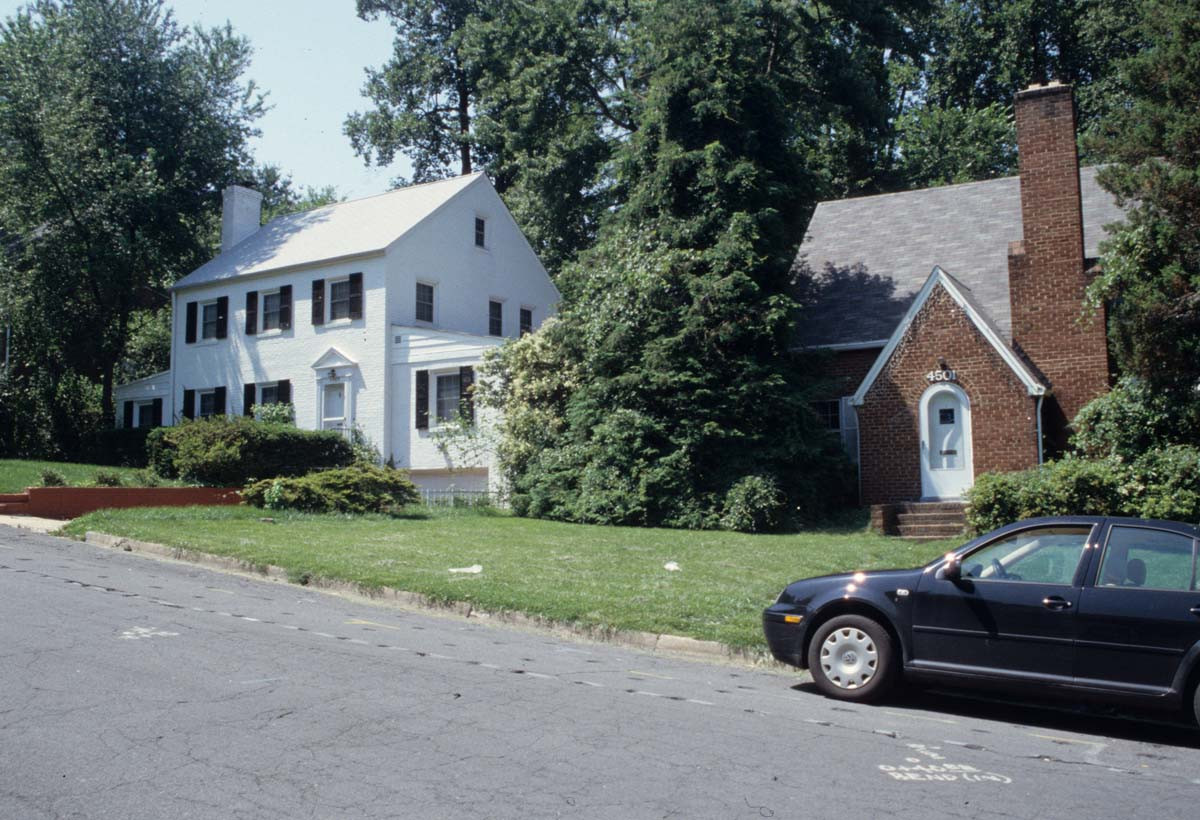 Waverly Hills Historic District is significant as a planned community for the expanding middle-class suburban population of Washington, D.C. during the second quarter of the 20th century. The earliest section was platted as Willette Heights in 1919 on a 19th-century estate called Glebe House, and during the 1920s and 1930s four other subdivisions were added to expand the neighborhood to the north and south. The Washington and Old Dominion Railroad, which first served the community, succumbed to the rising popularity of the automobile in 1935. The architecture of the Waverly Hills community includes the Tudor Revival, Craftsman, and Colonial Revival styles that were popular during the period. The earliest house styles are generally Tudor Revival and Craftsman. As the neighborhood expanded north, the Colonial Revival style predominated. By 1945, the five subdivisions of the Waverly Hills district were complete with the majority of lots improved by private residences.