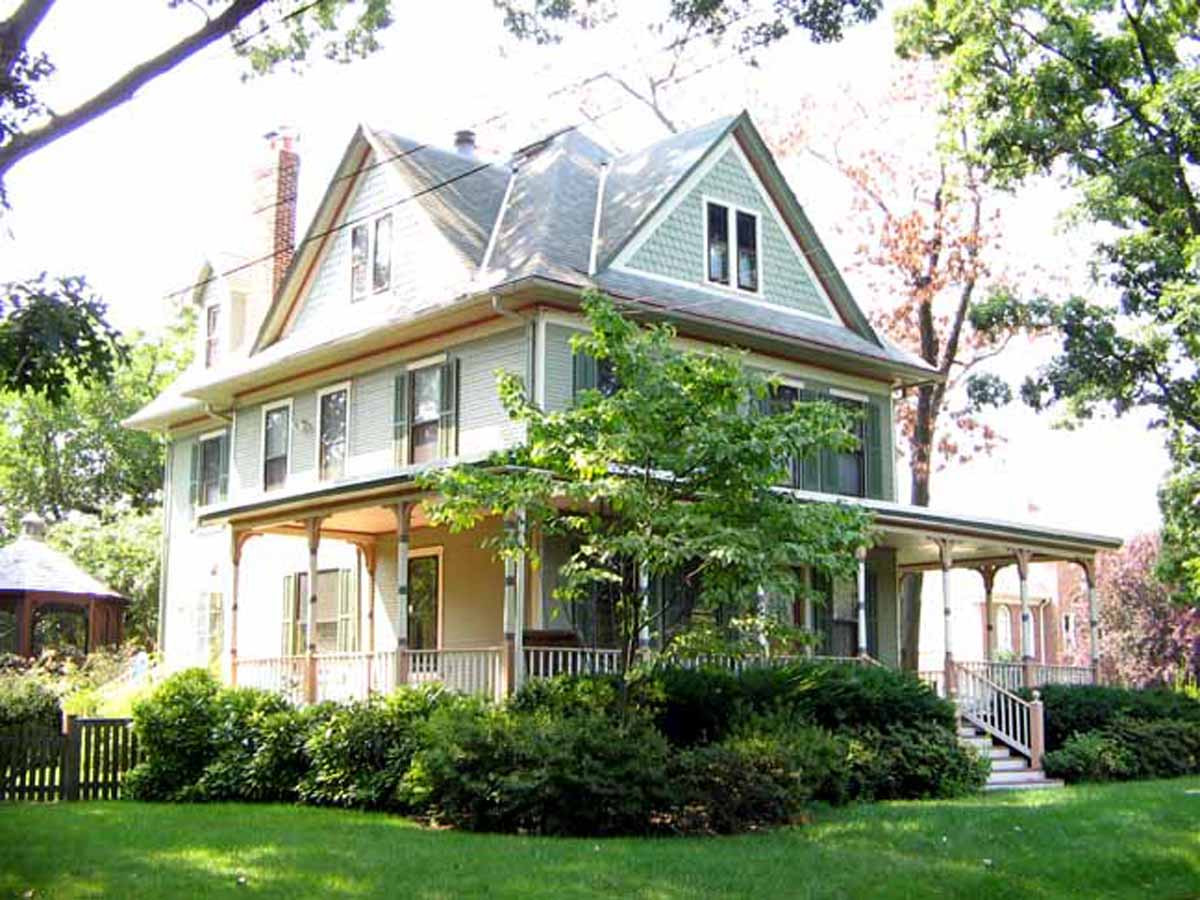 The Glencarlyn Historic District, platted in 1887 as Carlin Springs, was the first planned residential subdivision in Arlington County. Built on land previously owned and cultivated by farmer John Ball, Glencarlyn was established by General Samuel S. Burdett, a Congressman from Missouri, and William W. Curtis, who was president of the board of trustees of the public schools of the District of Columbia. The Carlin Springs Cooperative Association oversaw development of the community. That association’s descendant, the Glencarlyn Community Association is one of the oldest continually operating community associations in the country. As Glencarlyn developed slowly, and its greatest period of development occurred between 1946 and 1958, the neighborhood has a significant concentration of post-World War II architecture. This includes a one-room log structure, high-style Queen Anne buildings, bungalows, and Cape Cods of the early 20th century, examples of the Modern Movement such as ranch houses and split-foyers, and late 20th-century interpretations of historic styles. The district’s architectural diversity encapsulates the development of Arlington County from circa 1742 to the present.