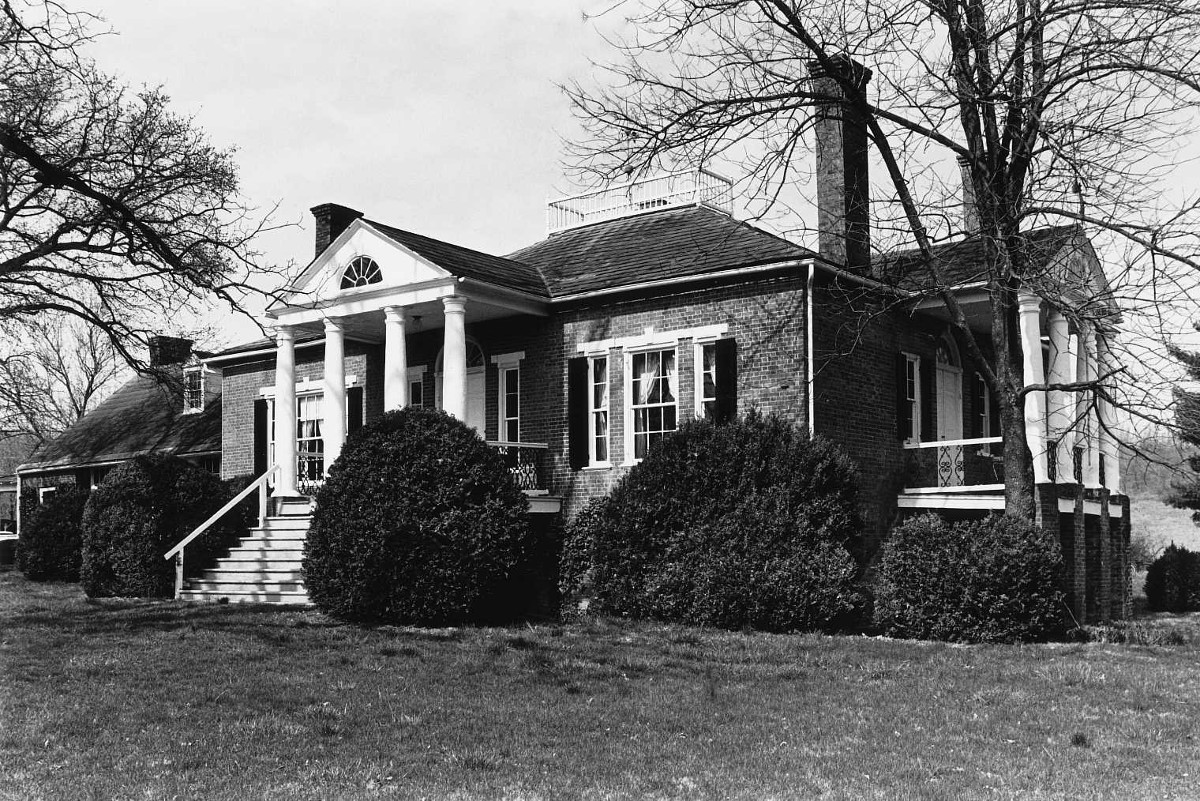 This compact Classical Revival plantation residence, set off by its outbuildings, old-fashioned gardens, and rural setting, is the center of an ensemble uniquely Virginian. The house was begun in 1818 for Joseph Smith, a planter who served in the House of Delegates and was a member of the Virginia Constitutional Convention of 1850-51. Although the one-story, porticoed format echoes Thomas Jefferson’s designs, no documentation suggests that Jefferson was directly involved. Smith, however, likely would have been acquainted with Jefferson’s works and could have been inspired to imitation. The house survives unchanged except for the removal of one of its three porticoes for a west wing. Folly’s serpentine garden wall is the state’s only early 19th-century example of this unusual form. Its prototype, Jefferson’s walls at the University of Virginia, have been rebuilt. Folly remains in the ownership of Smith’s descendants.