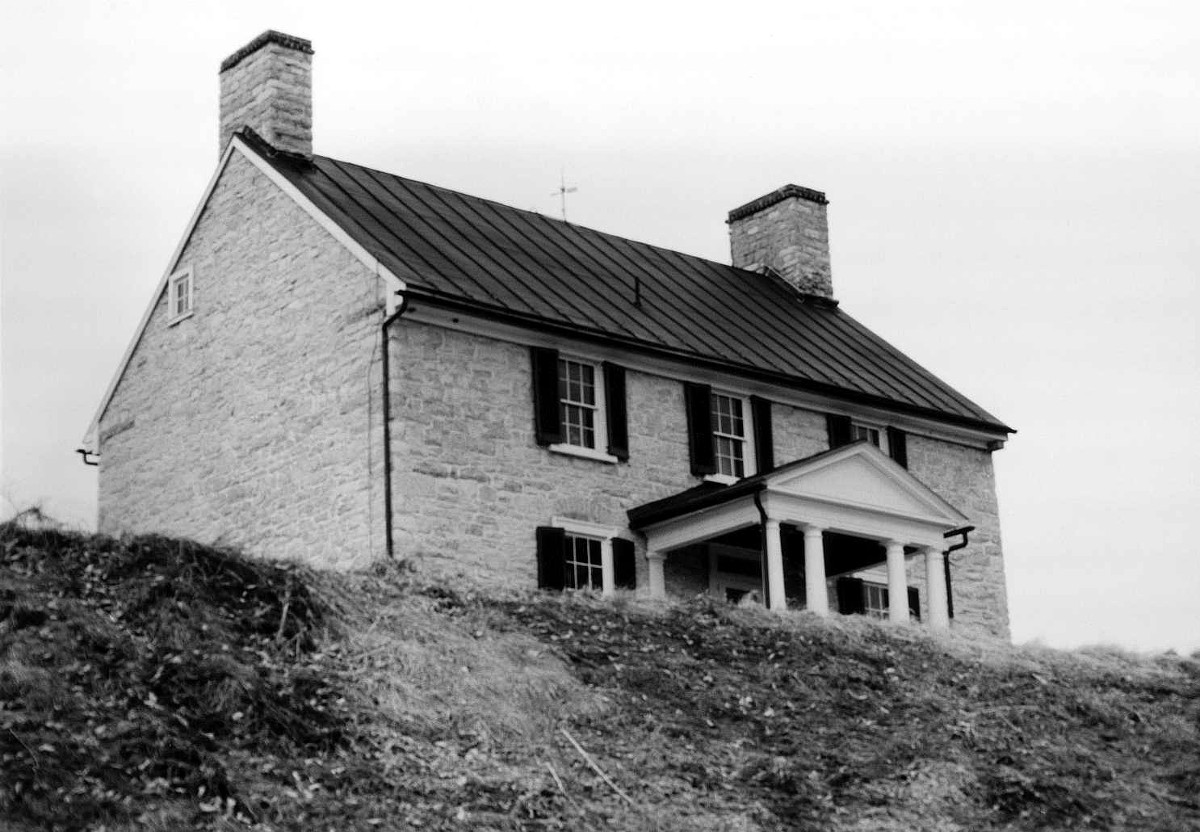 This venerable stone dwelling may have been erected as early as the 1760s by John Archer following his purchase of the property in 1763. In 1786 the place was acquired by Col. George Moffett, a Revolutionary War hero. Col. Moffett’s militia distinguished themselves at the 1780 battle of King’s Mountain, N.C., and in 1781 they fought under Gen. Nathaniel Greene in the battle of Cowpens, S. C. Col. Moffett returned to Augusta County after the Revolution and served as one of the first trustees of what later became Washington and Lee University. The hall-parlor dwelling is a characteristic example of traditional Shenandoah Valley domestic architecture, exhibiting little academic influence. It was acquired by the Dunlap family in 1826, during whose tenture the interior was remodeled. On the property is a collection of farm buildings of various dates. The house has recently been restored.