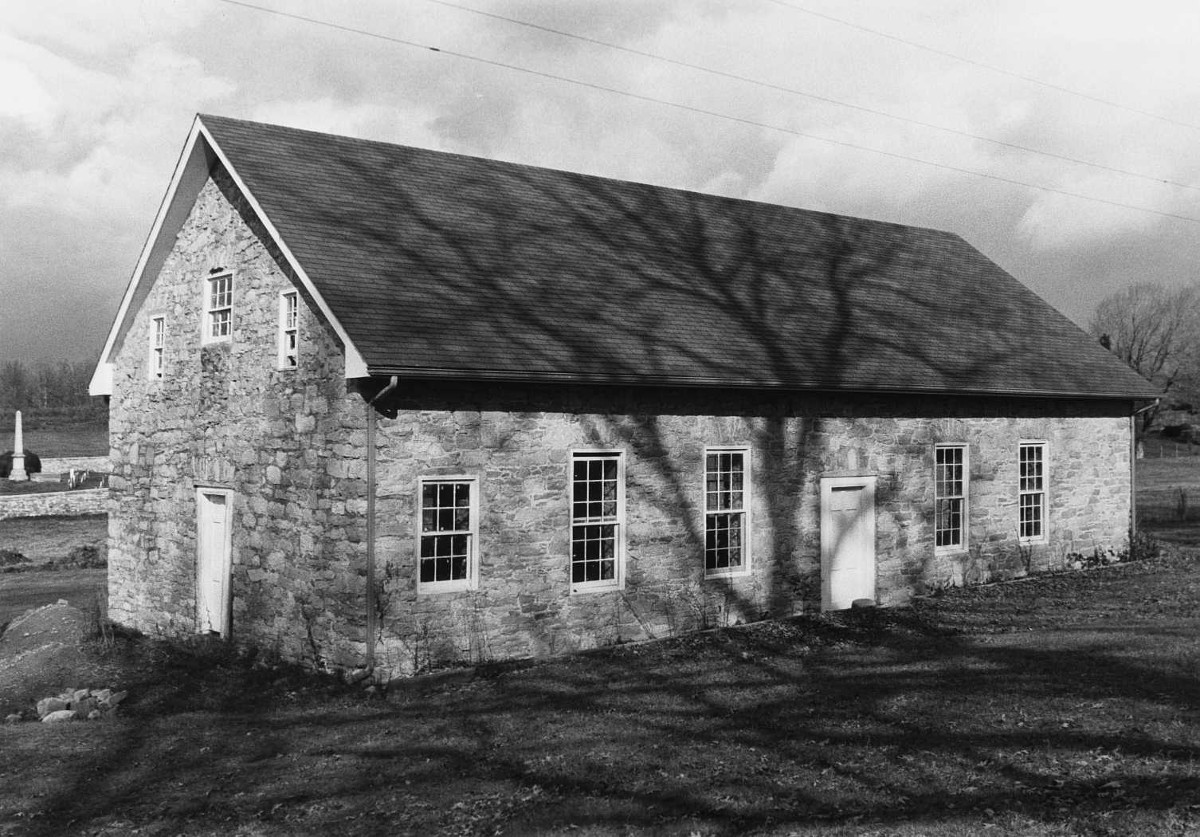 This simple Presbyterian meetinghouse was erected in 1793 to serve a congregation founded a half century earlier. It remained in service until 1859 when the congregation outgrew it and built a larger structure nearby. The building was thus subsequently used as a school, residence, general store, and finally a social hall. It was gutted by fire in 1959 but the congregation gave it some semblance of its original appearance with the replacement of its roof and windows. The church’s exterior now serves to illustrate the plain character of the Shenandoah Valley’s early stone meetinghouses. Buried in the adjacent cemetery are the parents of Cyrus McCormick, inventor of the reaper, and the parents of J. A. E. Gibbs, inventor of an early sewing machine.