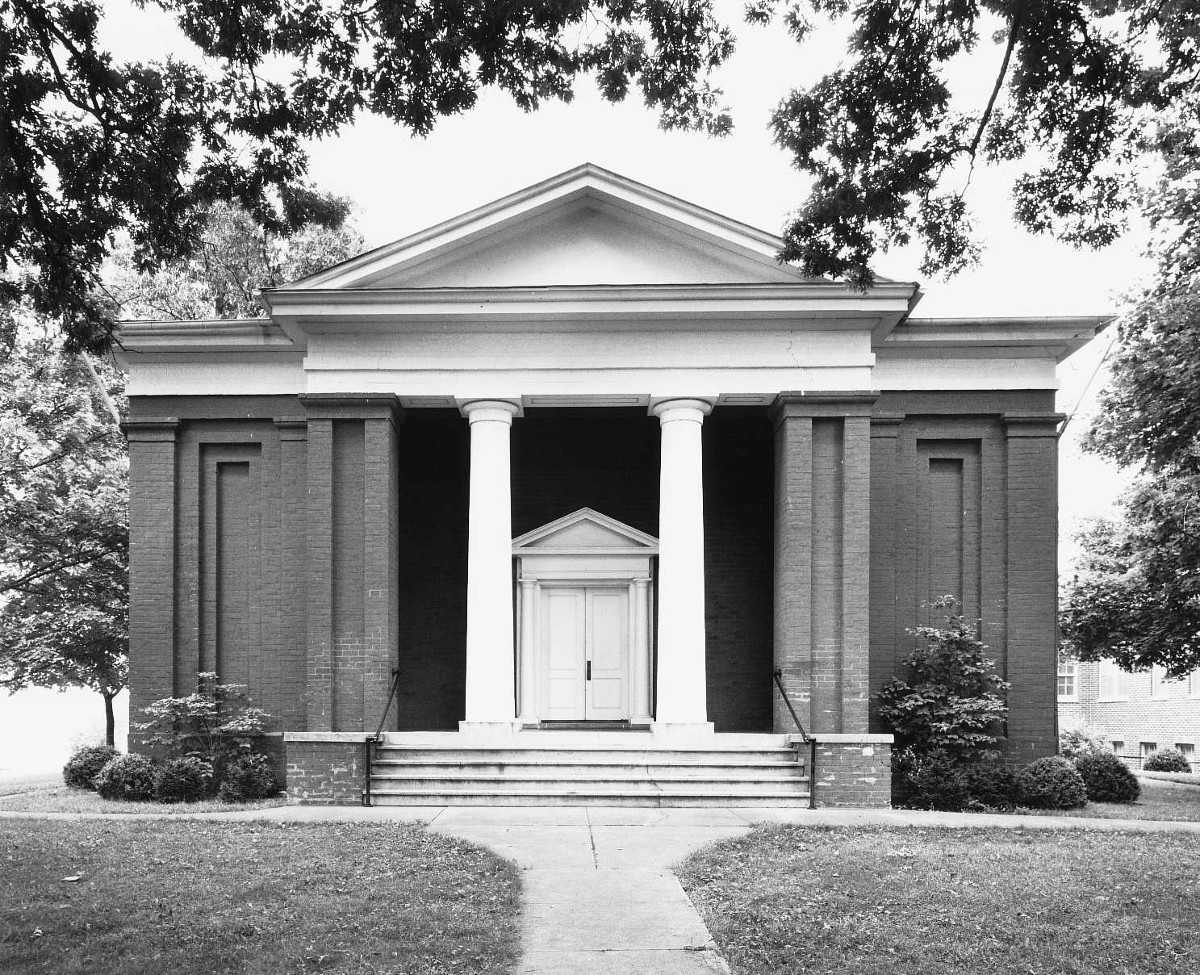 Founded in the late 1730s, Tinkling Spring Church houses the second oldest Presbyterian congregation in the Shenandoah Valley. The pioneering preacher John Craig was its first pastor. The present building, the third to serve its worshipers, was designed and built under the direction of its incumbent minister, Robert Lewis Dabney, who was the architect of several churches in the state. Dabney described his design, executed in 1850, as “the plainest Doric denuded of all ornaments.” The chaste building, distinguished by its portico in antis, is similar to the chapel Dabney designed for Hampden-Sydney College. Its no-nonsense character appealed to the Calvinist austerity and influenced the architecture of a number of Virginia’s Presbyterian churches. Among the early families who worshiped at Tinkling Spring Church were the Prestons, the Breckenridges, and the Johnstons, whose members lie buried in the cemetery.