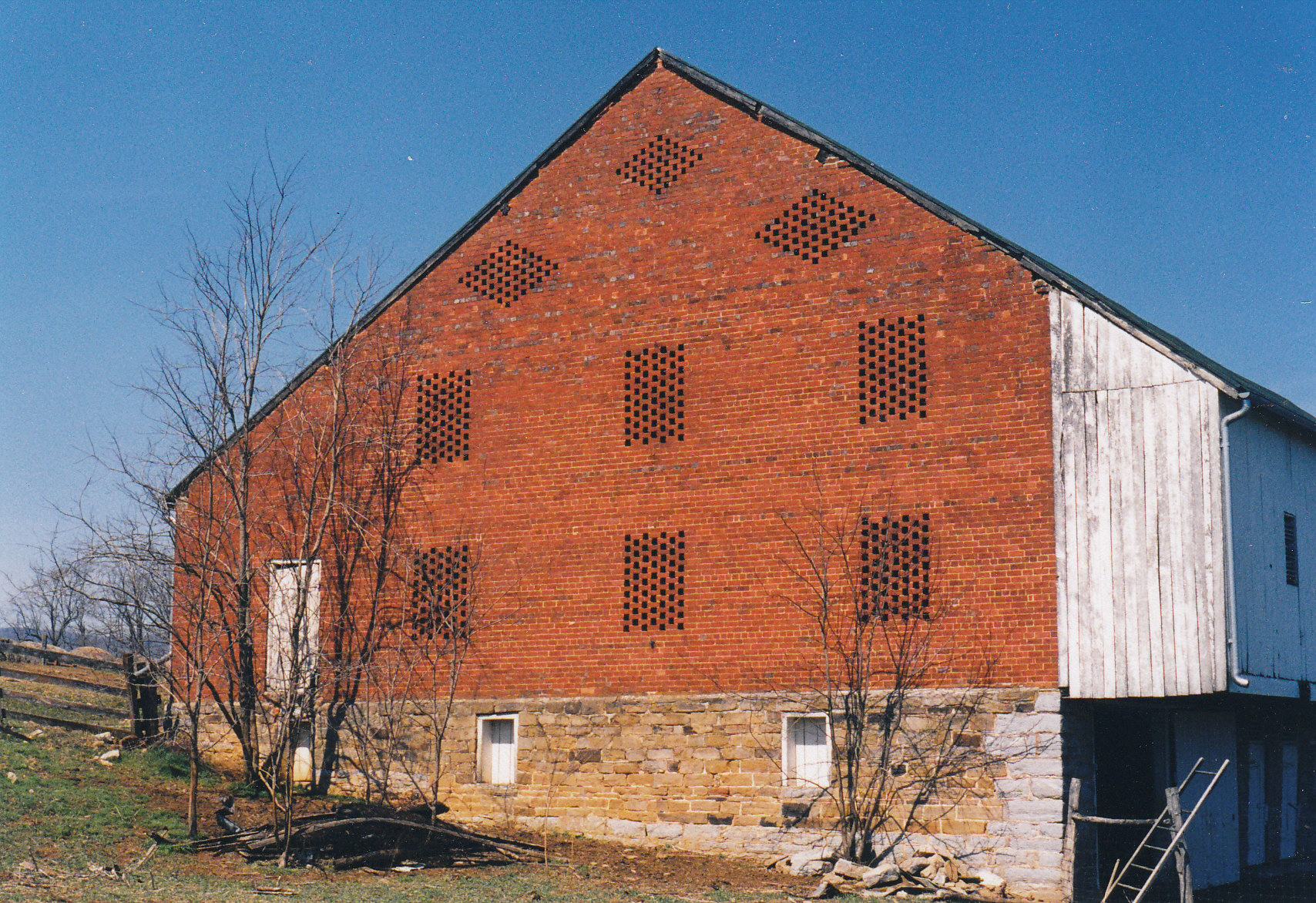 Erected ca. 1849 for Henry Mish, a native of York County, Pa. who settled in Virginia in 1839, this brick and frame structure illustrates the diffusion of the forebay bank barn from southeastern Pennsylvania into the Shenandoah Valley. Although the form became standard in Augusta County during the 19th century, this is one of the few pre-Civil War examples to have survived the Valley barn-burning campaigns by Union forces. Lending distinction to the Mish barn are the decorative brick lattice ventilators in the gable ends, also a feature prevalent in Pennsylvania barns. Most of the interior fittings have been removed or rearranged, but the heavy truss framing is intact. The barn has remained in continual use on this family farm, which also includes a mid-19th-century brick farmhouse, log tenant house, and several outbuildings.