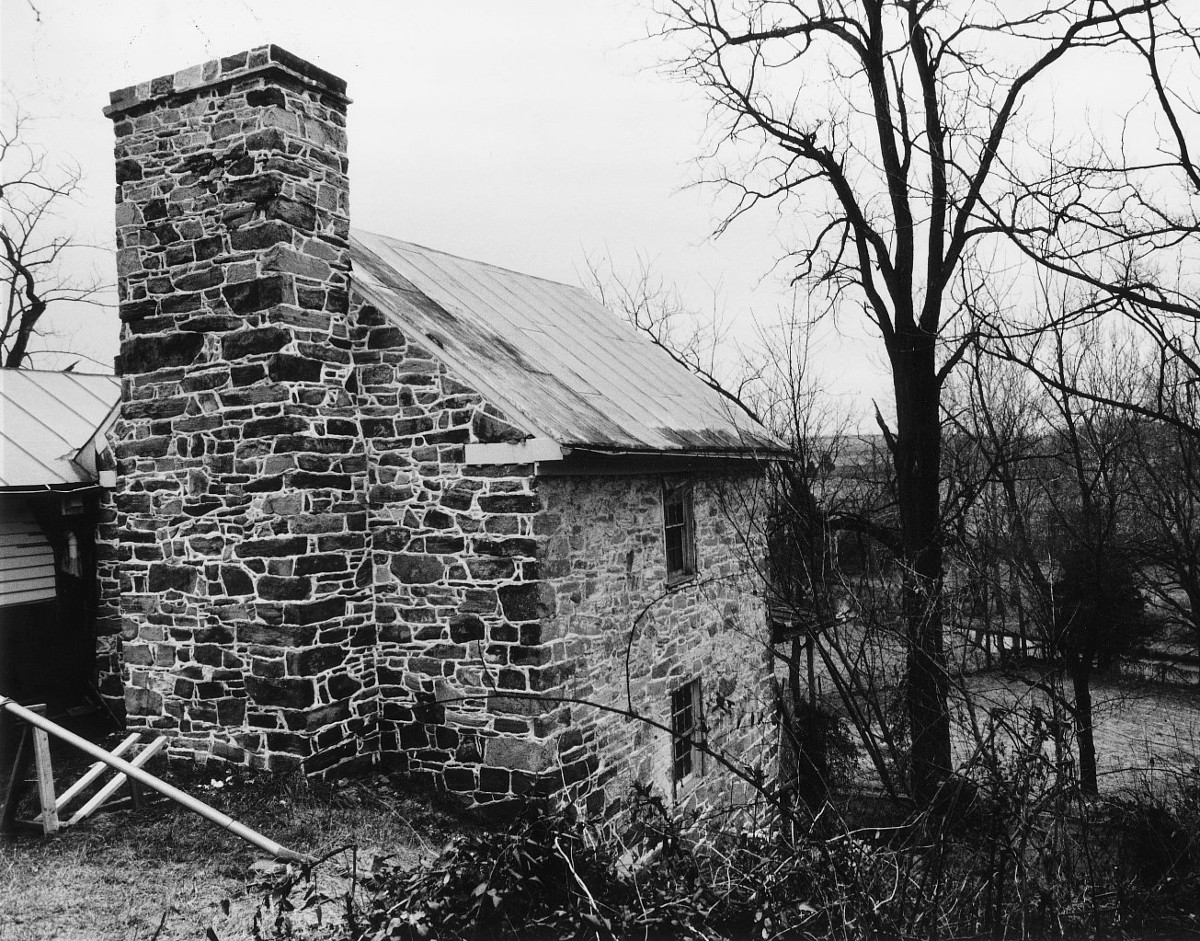 This small stone house of 1814 is a rare Virginia example of a Continental bank house, a form employed to take advantage of hilly sites. The type was introduced to America by settlers of German extraction. The house stands on part of the tract owned by Henry Miller’s Mossy Creek Iron Furnace. Built for Henry Miller’s widow Hannah, it is an early example of a Stockli, a Swiss-German term for a small house set aside for retired parents. Such housing for the elderly, although common among the Pennsylvania Germans, was unusual in Virginia. The original portion consists of one room on each level with a plain interior. Attached to one side is an early 20th-century frame wing. The house stood unoccupied for many years but is undergoing a long-term rehabilitation.