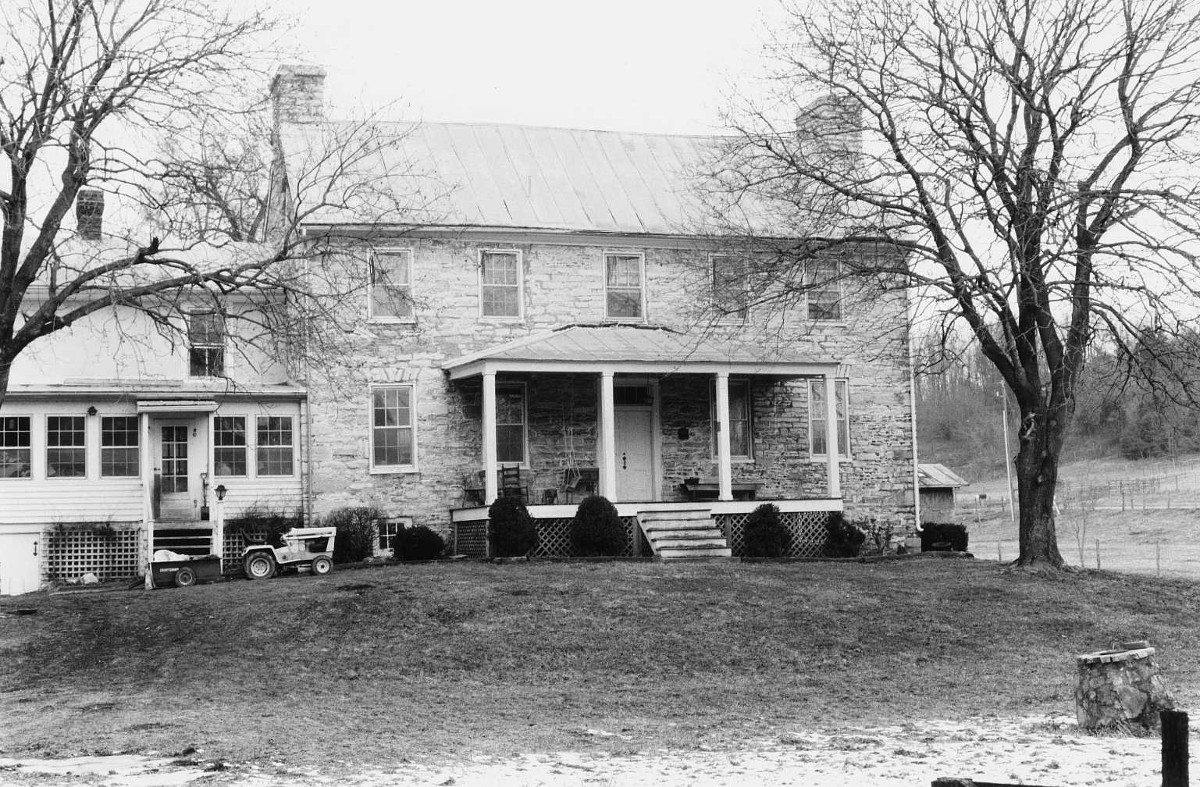 Clover Mount is one of the earliest and best-preserved examples of a small group of vernacular stone houses built around 1800 in southern Augusta County. The discovery of early 19th-century stenciling throughout the interior provides one of Virginia’s richest records of this appealing form of folk decoration. Stenciling was popular in the area, but few examples survive; Clover Mount’s scheme is the most extensive recorded in the central Shenandoah Valley to date. The patterns include vertical bands of geometric and floral designs ranging from tulips to pinwheels. Abstract border designs are used along the ceilings, around the door frames, and lining the chair rails. The house was constructed in two sections for Robert Tate, a farmer of Scotch-Irish descent, and was completed by 1803. Tate acquired the property in 1775 and built the house to replace an earlier one.