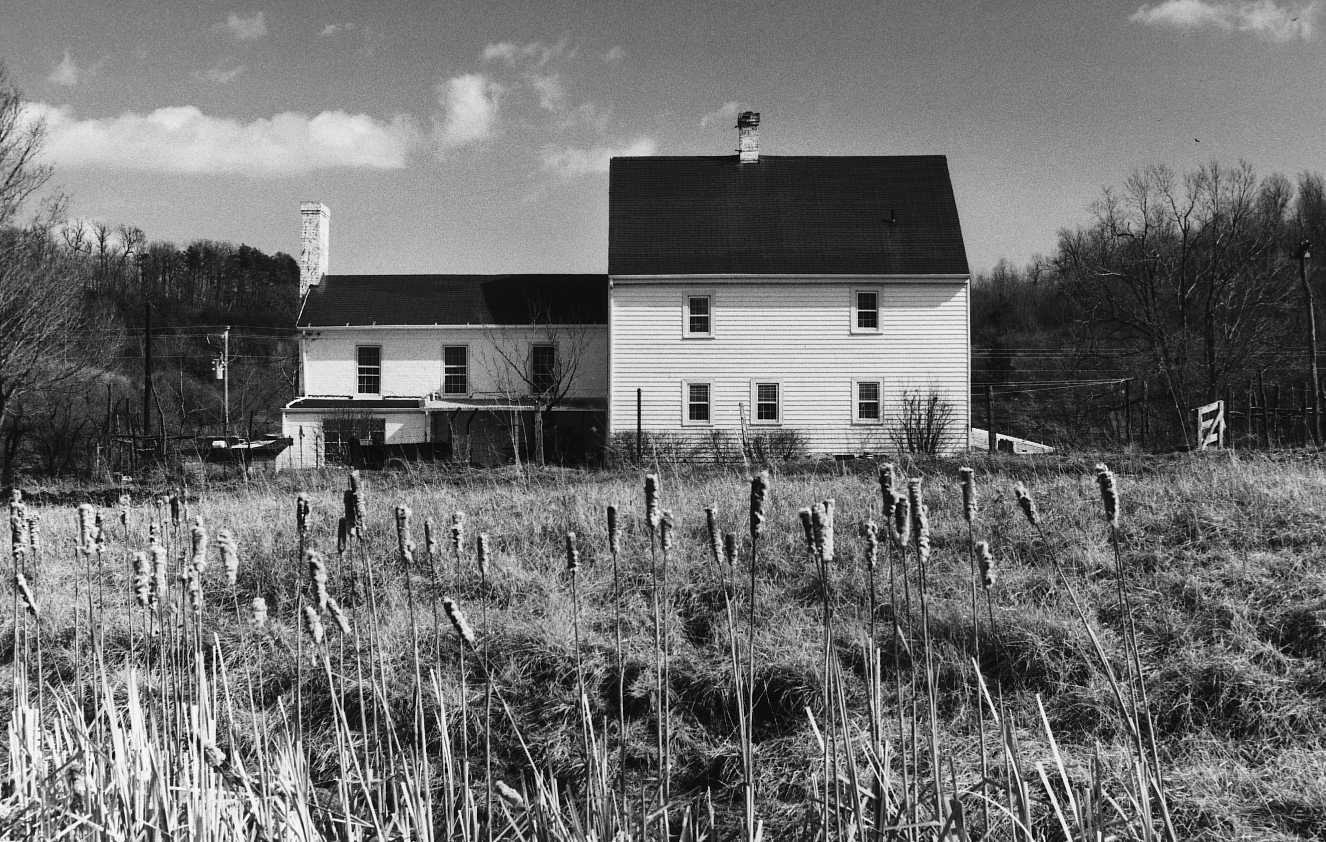 The Lewis Shuey House is a rare example in Augusta County of an 18th-century house showing the influence of German Rhenish-style construction. Built of logs sheathed in weatherboards, it possesses one of the county’s two known Flurkuchenhaus floor plans, a German-type plan that consists of three rooms around a central chimney with a corner stair. It also has the county’s only known German-style common-rafter roof system with heavy underframe. One of the three rooms, the kuche or kitchen, preserves its original six-foot-wide cooking fireplace. Original exposed framing members such as summer beams are seen throughout the interior. The house was built ca. 1795-1800 for Lewis Shuey, a veteran of the Revolutionary War, whose grandfather had immigrated to Pennsylvania from the Rhineland in 1732, and who himself moved from Pennsylvania to western Augusta County in 1795.