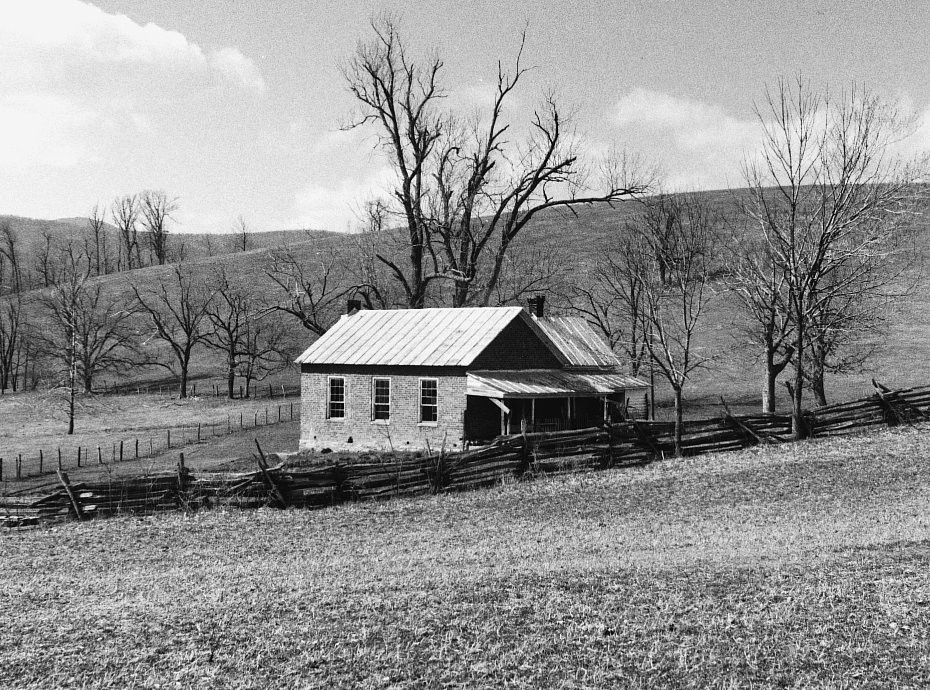 This rare mid-19th-century one-room schoolhouse is on the former glebe of the colonial Augusta Parish. The simple gabled structure is in a form that was standard for rural schoolhouses of the period. It departs from the norm, however, by employing brick rather than wood construction, illustrating the Shenandoah Valley’s strong masonry tradition. The school was most likely built as a private schoolhouse by the Thompson family around 1850. It was identified as Glebe Schoolhouse no. 19 on the 1884 Hotchkiss map of that section of Augusta County, indicating that it was a public school by then. The building was converted to a private residence when the county schools were consolidated in the early 20th century. Now empty, it stands in its remarkably beautiful setting as a picturesque example of a vanishing aspect of rural America.