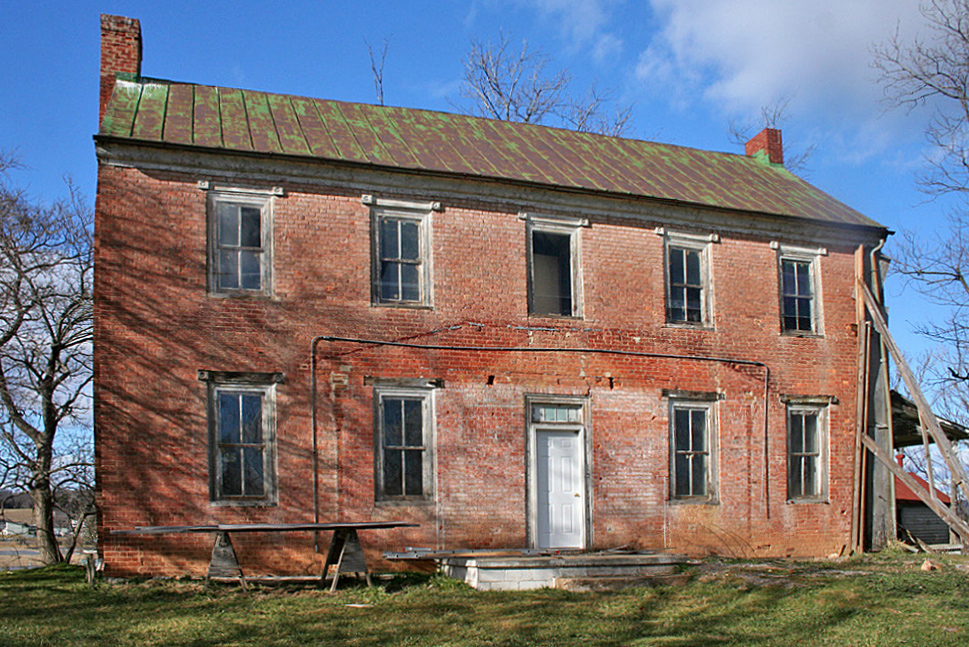 Long before her folk-art paintings of rural scenes and farm life earned her nationwide fame and the nickname “Grandma,” Anna Mary Robinson Moses lived in Staunton and Augusta County with her husband, Thomas, and their children at the circa 1850 two-story brick farm house, called Mt. Airy. Although the Moseses resided at Mt. Airy only from 1901 to 1902, they lived in the Staunton area from 1887 until 1905, when they returned to their home state of New York to farm. Mt. Airy was the first home the couple purchased, and it is the most intact of the surviving houses in which they lived during their time in Augusta County. Among the 1,000-plus paintings Moses produced in her later life at least 38 depict scenes in Virginia, with many titles mentioning Staunton or the Shenandoah Valley, places she remembered fondly until her death at age 101 in 1961.