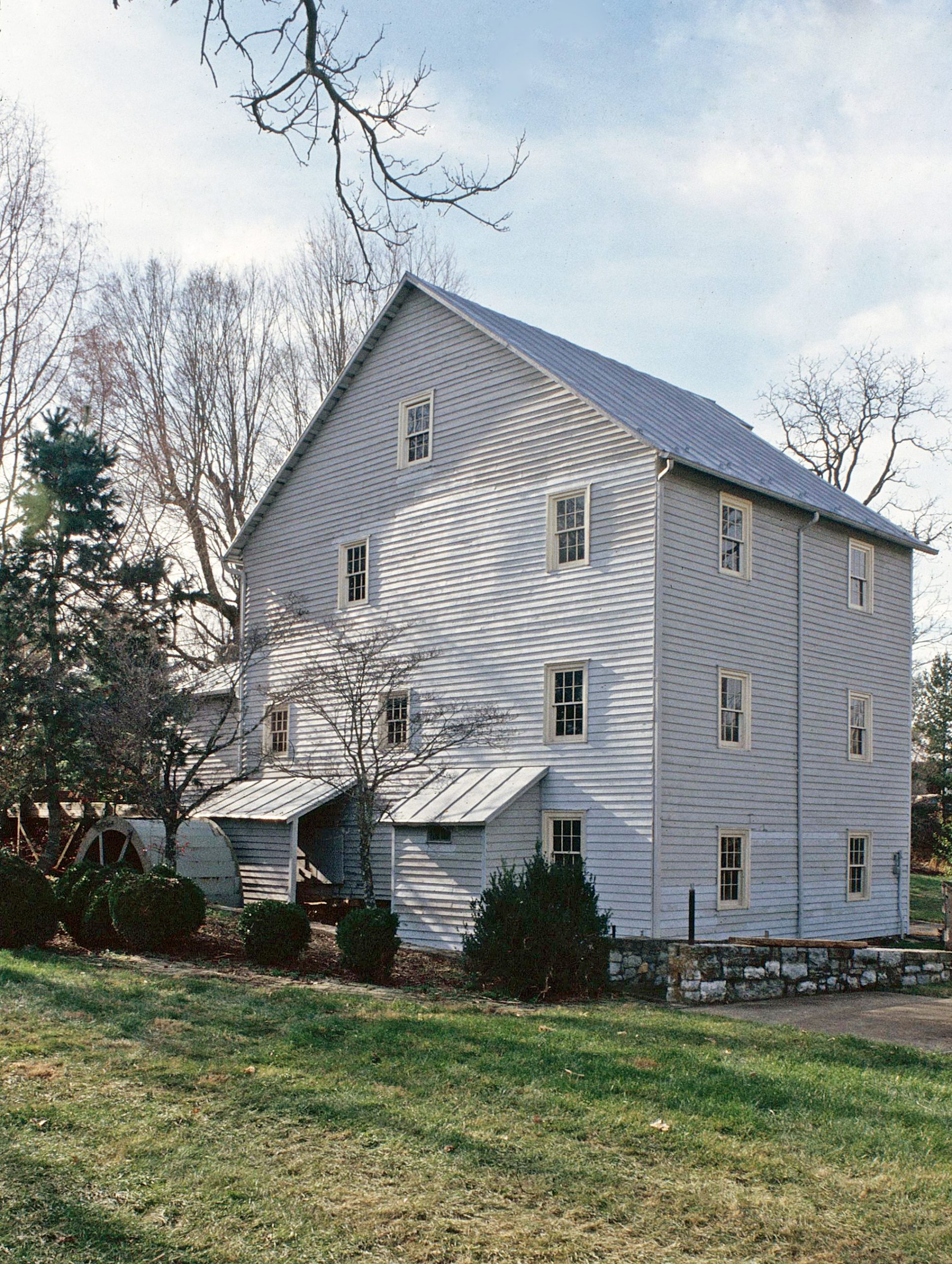 Hanger Mill is an excellent and unaltered example of a mid-19th-century gristmill, a building type fast approaching near extinction. Scores of such mills once dotted the region, serving the Shenandoah Valley’s flourishing wheat industry. The mill was constructed around 1860 for Jacob Hanger, a descendant of German settlers who came to the Valley before the Revolution. It is one of the few mills in Augusta County to escape the wanton burning by Union troops under Gen. Philip Sheridan, who systematically attempted to destroy the agricultural economy of the Shenandoah Valley late in the Civil War. Its stone foundation, gable roof, heavy mortise-and-tenon construction, and four-level height are common elements of mills constructed in the mid-19th-century. The mill continued in operation until 1940. Most of the early machinery is intact.