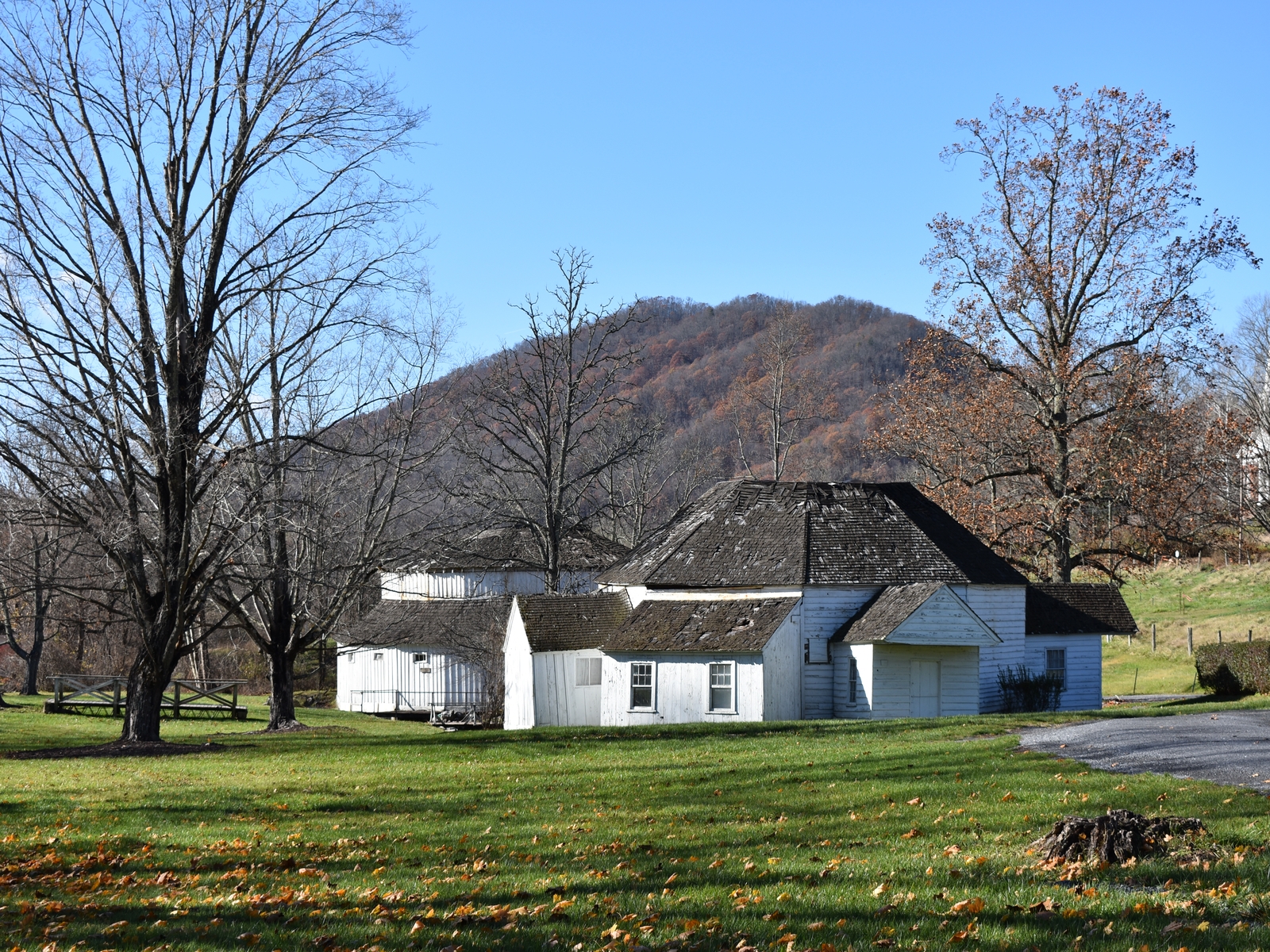 One of the country’s oldest spas, the Warm Springs Bath Houses have been visited by travelers seeking their curative benefits since the mid-18th century, and the springs were used by Virginia Indians before that. The two simple wooden bathhouses, one for men, the other for women, are a rare survival of a bygone era of Virginia’s social and medical history and are still used for their original purpose. The octagonal men’s bathhouse, perhaps the nation’s oldest spa building, traditionally dates from 1761, although much of its fabric likely has been renewed. The twenty-sided women’s bathhouse dates to the early 19th century. Both structures frame the clear bubbling pools of warm water and are open to the sky. The spa is owned by the Homestead Hotel in nearby Hot Springs and is a featured amenity for the Homestead’s guests.

The 2017 updated nomination and boundary increase for the Warm Springs Bath Houses expands the site’s areas of historical importance, adds five structures to the historic complex, and extends its period of significance to 1925, marking the end of its most active era as a thermal water resort. The earliest feature of the site is an original octagonal stone basin constructed for use as a bathing pool likely in the 1760s. In the 1820s, the basin was covered with an octagonal bathhouse frame building. The historic complex also includes the Ladies’ Bath House (ca. 1875), a Drinking Spring pavilion (ca. 1875), and a frame building known as the Reception House, built ca. 1890. The latter building was subsequently converted to a residence for the keeper of the bath, serving as such for nearly a century. On high ground west of the baths are five historic buildings captured by the expanded boundary: a brick double cottage dating to the 1820s; three four-room, frame cottages of similar design and erected in a row to face the baths (ca. 1880s); and a frame two-room cottage constructed around 1880. Historically, one of the most popular spring resorts in Virginia, the Warm Springs Bath Houses are significant for their contributions at the national and statewide levels for their role in history of health and medicine, commerce, recreation, and architecture.
[VLR Approved: 9/21/2017; NRHP Approved: 8/20/2019]

Additional documentation was accepted for the National Register in 2019 that chronicles in more detail the significant architectural features of the bath houses and associated secondary resources, (located in the Warm Spring and West Warm Springs Historic District); provides a complete inventory of contributing and non-contributing resources; provides specific start and end dates for the period of significance; adds additional areas of significance; provides justification for classifying the property as significant at the national and statewide levels; and provides current maps and photos showing the property’s historic boundaries and locations of resources.  All of the identified resources in the original 1968-1969 Warm Springs Bath Houses nomination remain extant.
[NRHP Approved: 4/17/2019]