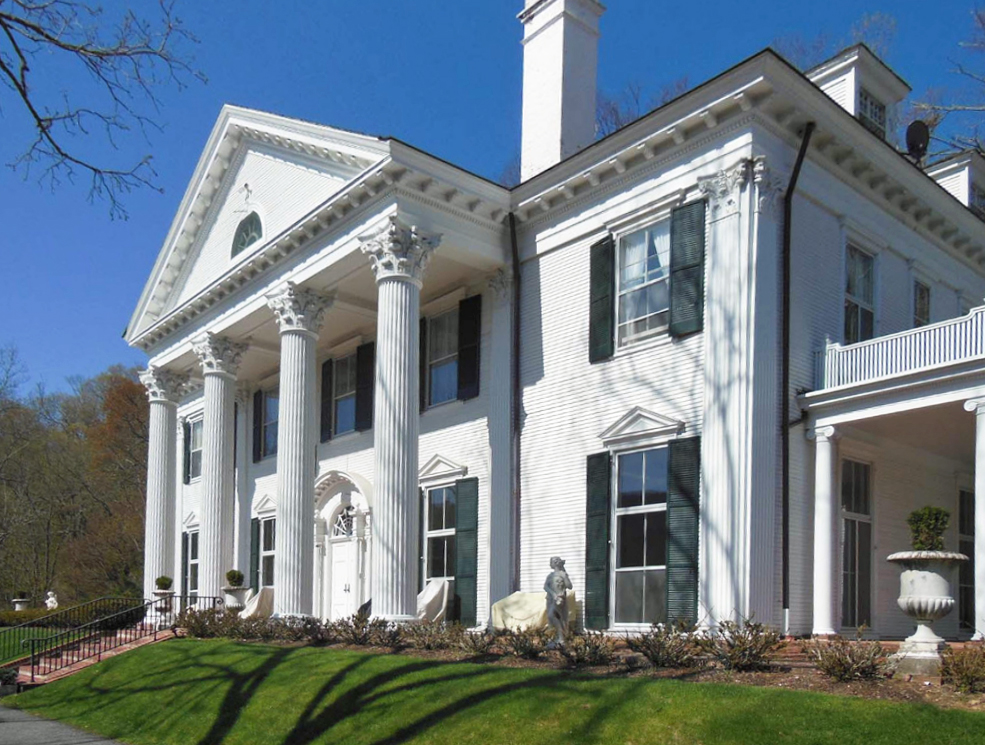 Barton Lodge, now known as Malvern Hall, was built between 1898 and 1900 on a hill overlooking The Homestead in Hot Springs. Its original owner, Seth Barton French, was a major investor in the Virginia Hot Springs Company. In 1927, a renamed Barton Lodge became the Malvern Hall residence of Letitia Pate Whitehead Evans, a philanthropist who was named to the board of the Coca-Cola Company after her husband’s death, making Evans one of the first women in the U.S. to serve on the board of a major American company. Malvern Hall is a sophisticated example of the Neo-Classical Revival style. It also incorporates early-20th-century building technology into its steel frame and features design trends popular during the latter 19th century. Evans, who died in 1953, contributed to numerous religious, educational, and charitable organizations across the South and Virginia. In 1961, the Lettie Pate Evans Foundation transferred Malvern Hall to nearby St. Luke’s Episcopal Church.