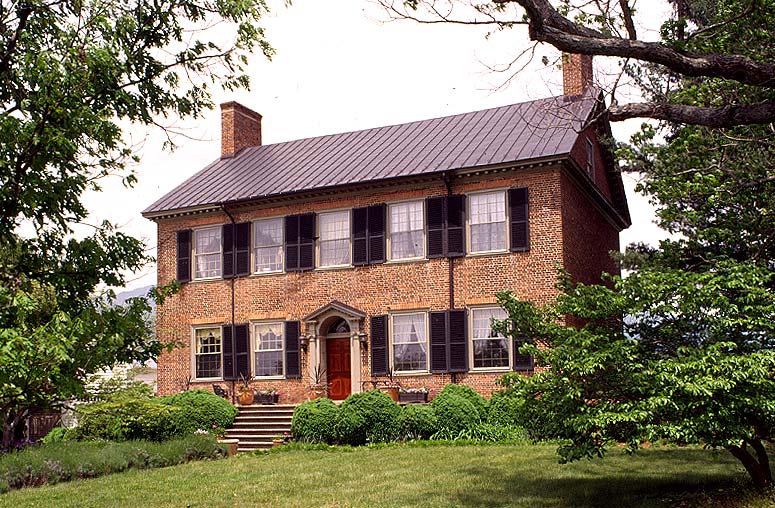 Fancy Farm’s five-bay brick mansion with its pedimented gable ends ranks with Virginia’s best examples of late Georgian domestic architecture. The exterior elevation and much of the interior detailing are based on illustrations in William Pain’s Practical Builder, an 18th-century English pattern book. The architecturally elegant parlor is decorated with an elaborate chimneypiece, flanking arches, and Ionic pilasters. The house was built by Andrew Donald, a Scottish merchant, following his purchase of the property in 1794. As suggested by its name, Donald’s new residence outshone its more modest neighbors and set a standard for the area. During the Civil War Fancy Farm was occupied by Union Gen. David Hunter. In 1921 the property was purchased by Sir George Sitwell, 4th Baronet, of the English literary family, for his nephew Capt. Herbert FitzRoy Sitwell. The house underwent extensive renovation in the late 1960s.