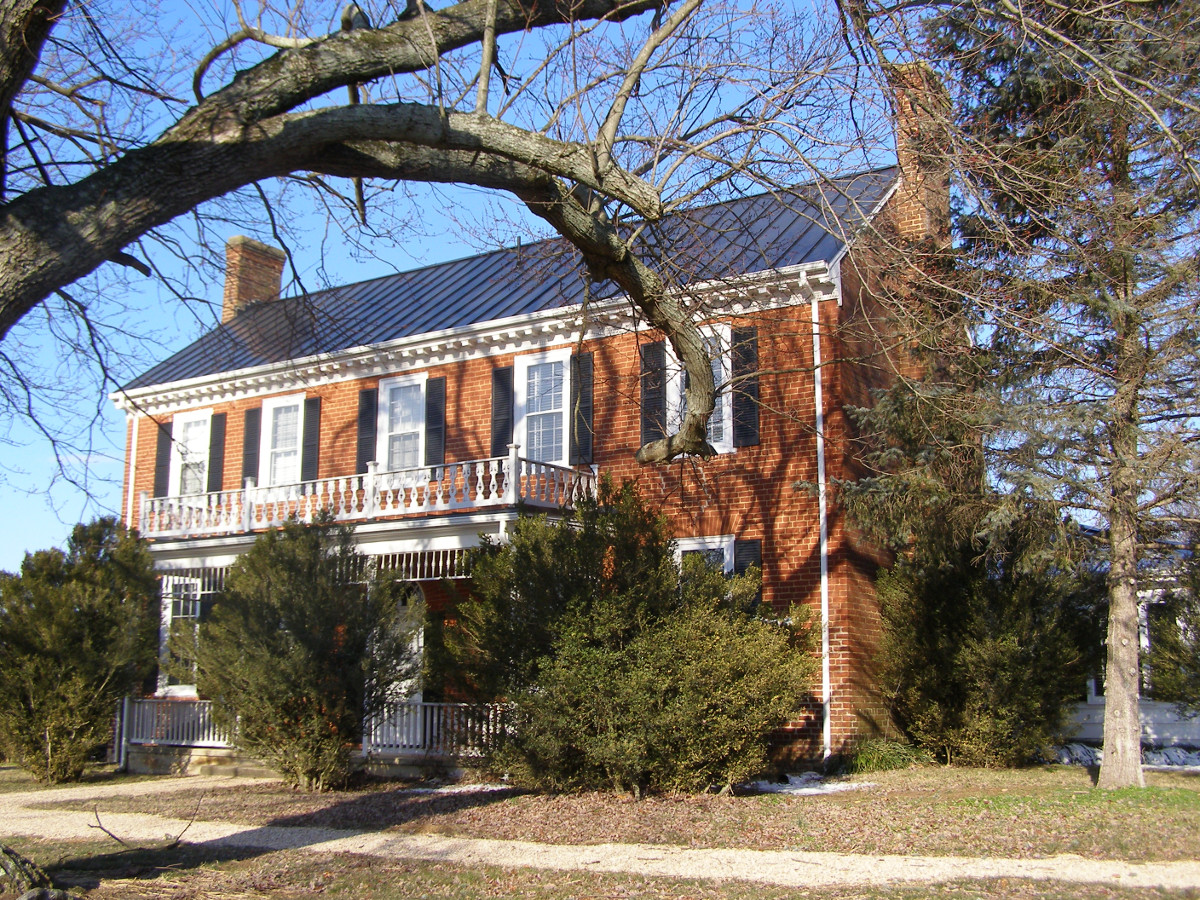 Liberty Hall, a Federal-style brick dwelling in Bedford County, was built in 1815 by Dr. John Thomas Wyatt Read, adding it to the front side of a late 18th-century wood dwelling constructed by his father-in-law. In June 1864, Union General David Hunter camped with his men on part of Read’s property en route to Lynchburg. Local legend holds that Hunter did not burn Liberty Hall, as he did so many other private homes, because the owners, William A. Read and his wife Mary Jane Hare, invited Hunter and his staff—including future presidents Rutherford B. Hayes and William McKinley—for breakfast while they camped there. Liberty Hall has remained in the Read family since its construction, and is enrolled in the Century Farm Program of the Virginia Department of Agriculture, which honors farms that have been in operation for at least 100 consecutive years.