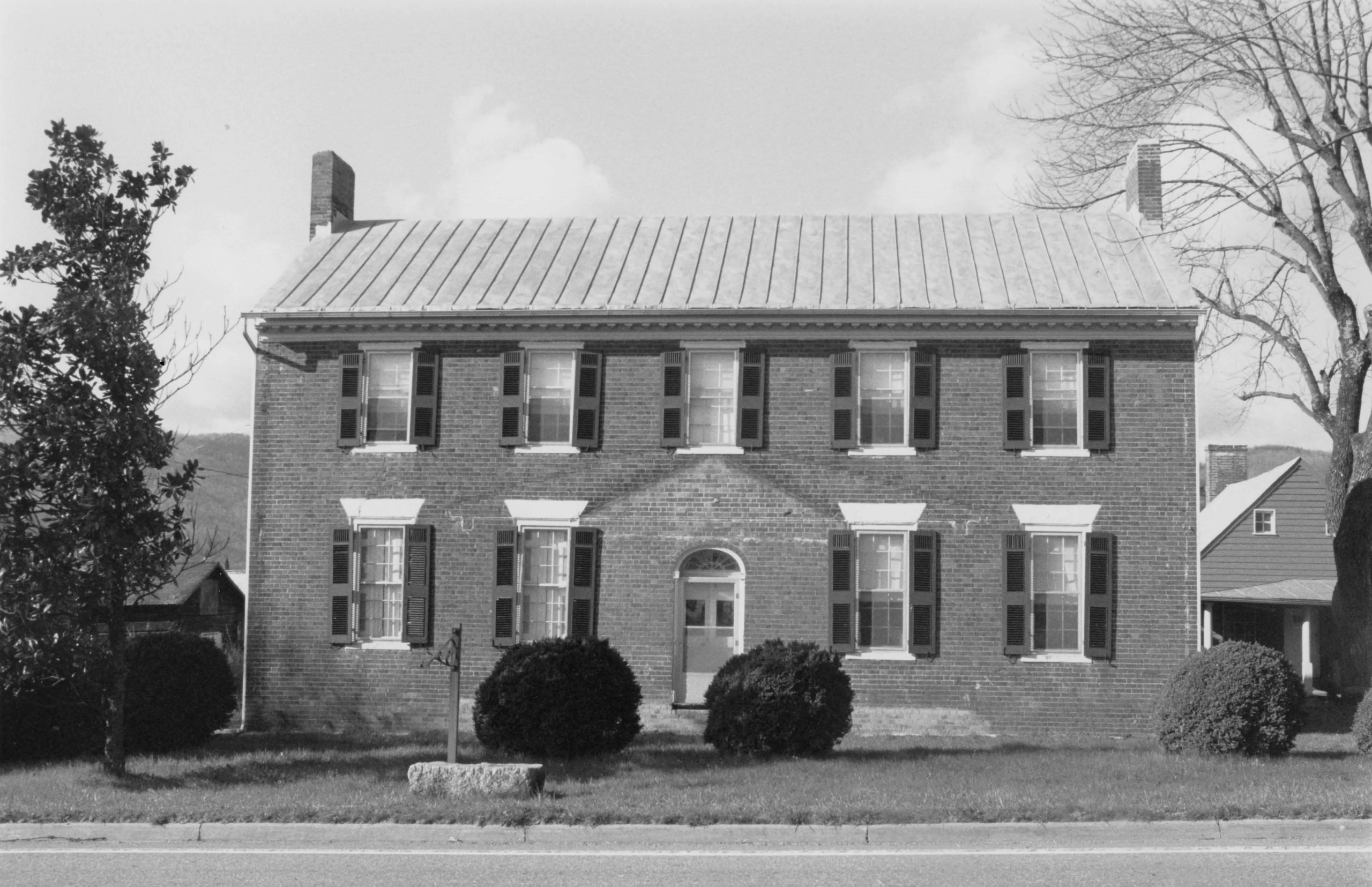 Built in the 1820s, this brick house illustrates the high degree of architectural refinement common in many of Bedford County’s early dwellings. Although basically an I-house, it is set off by a finely detailed doorway surround, modillion cornice, precise brickwork, and bold interior woodwork including a fine stair. The house was built for Paschal G. Buford (1791-1875), one of 19th-century Bedford County’s largest landowners and developers. Buford also was an agronomist and served as a county justice. Buford was also responsible for securing a top rock from the Peaks of Otter from which a block was cut and sent as Virginia’s contribution to the Washington Monument. In 1863 Locust Level served as a retreat for Gen. Robert E. Lee’s wife and two daughters. On the property are the ruins of the 18th-century Henry Buford House, 19th-century outbuildings, and a family cemetery.