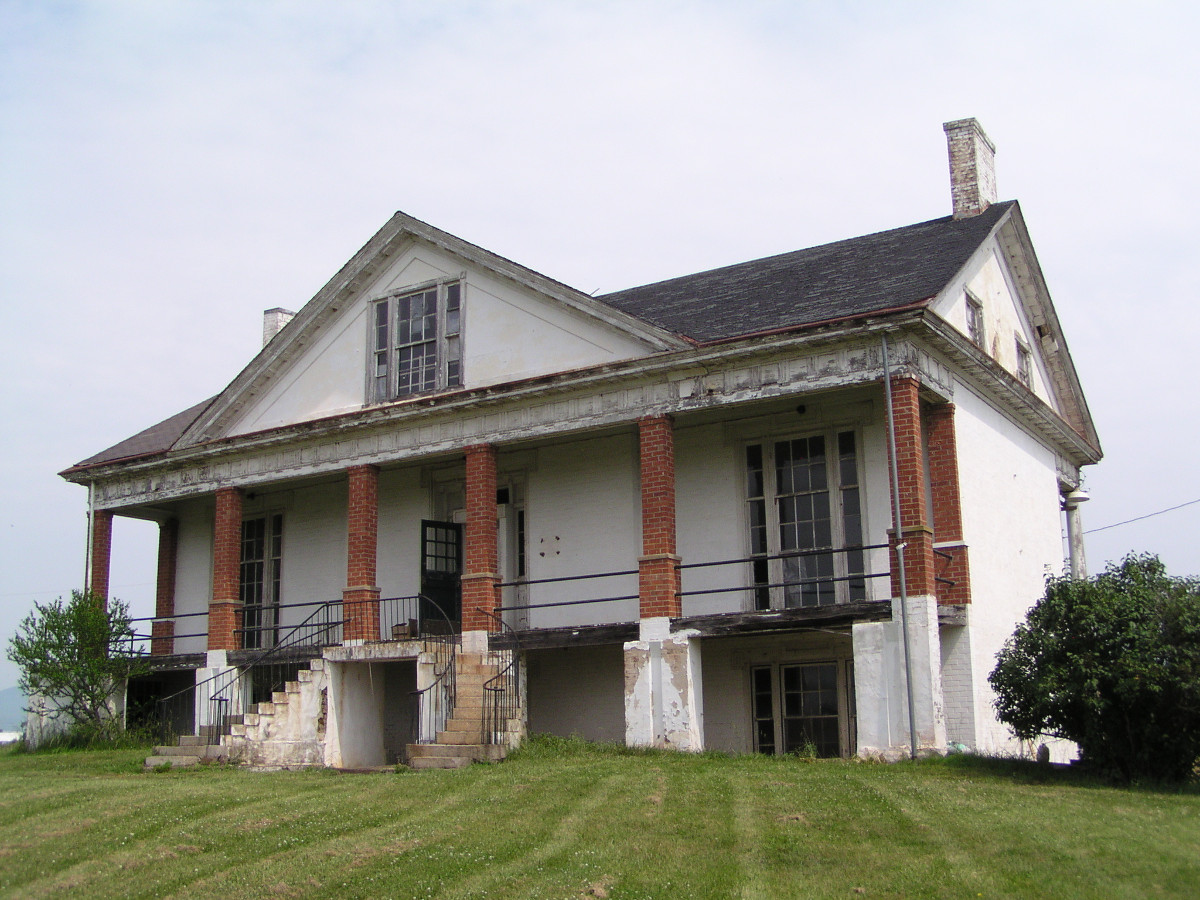 Otterburn was once the seemingly modest seat of a 2,800-acre antebellum plantation situated along Little Otter Creek. The house was built in 1828 for Benjamin A. Donald, who served Bedford County in numerous appointed and elected leadership positions, and his wife Sally Camm Donald. Following a fire in 1841, the Donalds rebuilt the house within the shell of the original structure, making it one of the region’s most distinctive Greek Revival dwellings. The house has a sophisticated combination of unusual features such as a rare transverse hall plan and projecting central pavilion, set beneath a cross-gable roof with integral front and rear porches and pedimented gable ends; paired columns; triple-hung sash windows; a piano nobile main floor over a raised basement; and detailing from published pattern book sources.