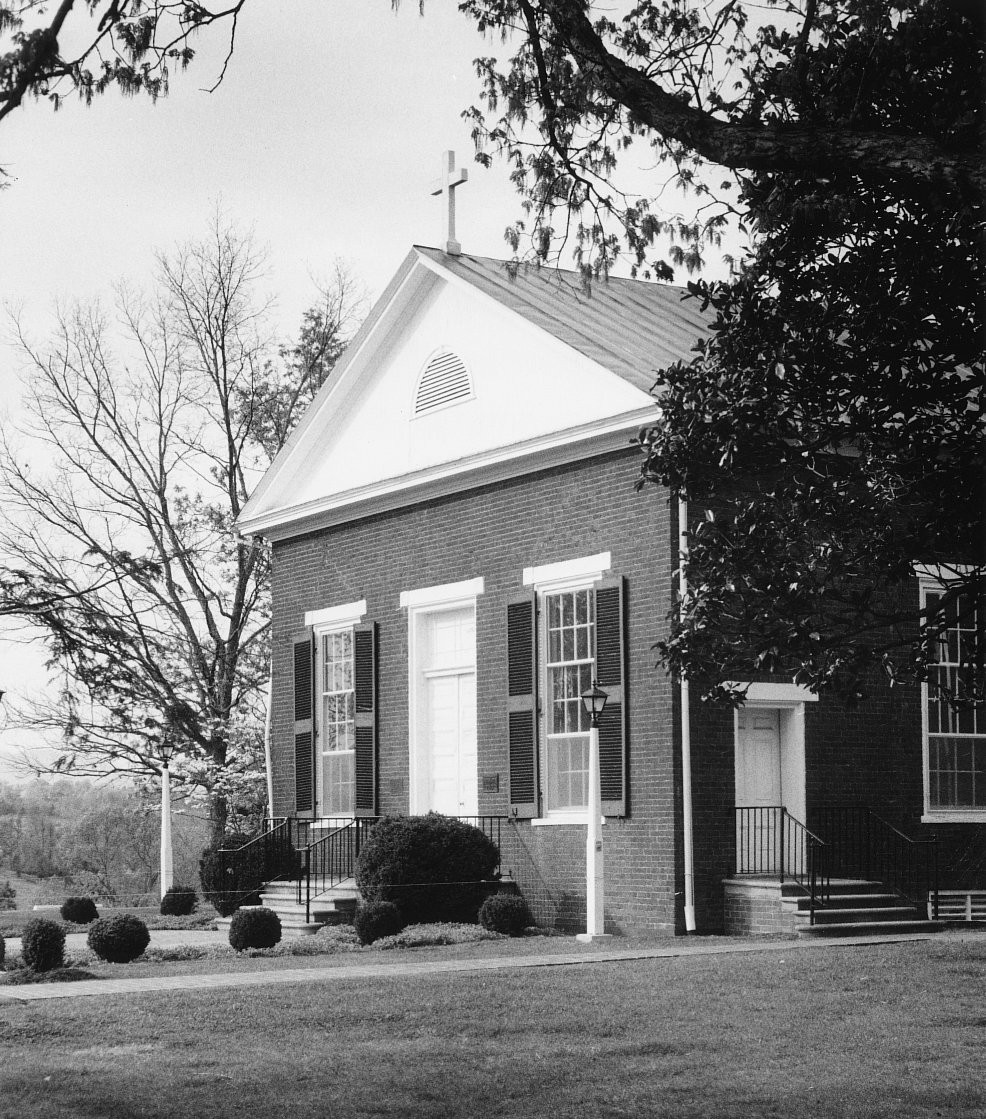 St. Stephen’s Church was established in 1824 by the Rev. Nicholas Hamner Cobbs, a Bedford County native, who was instrumental in bringing about a revival of the near-dormant Episcopal denomination in western Virginia. Cobbs later became Bishop of Alabama. The congregation outgrew its original church and replaced it in 1844 with the present brick structure. A plain but refined Greek Revival building, the church is typical of the many houses of worship erected in the region by various denominations in the antebellum period. Distinguishing features are the temple form with its pedimented gable, the triple-hung sash, and Flemish bond brickwork. From 1853 to 1858, St. Stephen’s was served by the Rev. Richard Hooker Wilmer who also followed Cobbs as Bishop of Alabama. The land on which the church is situated was originally part of Poplar Forest and was given by Anne Irving Moseley.