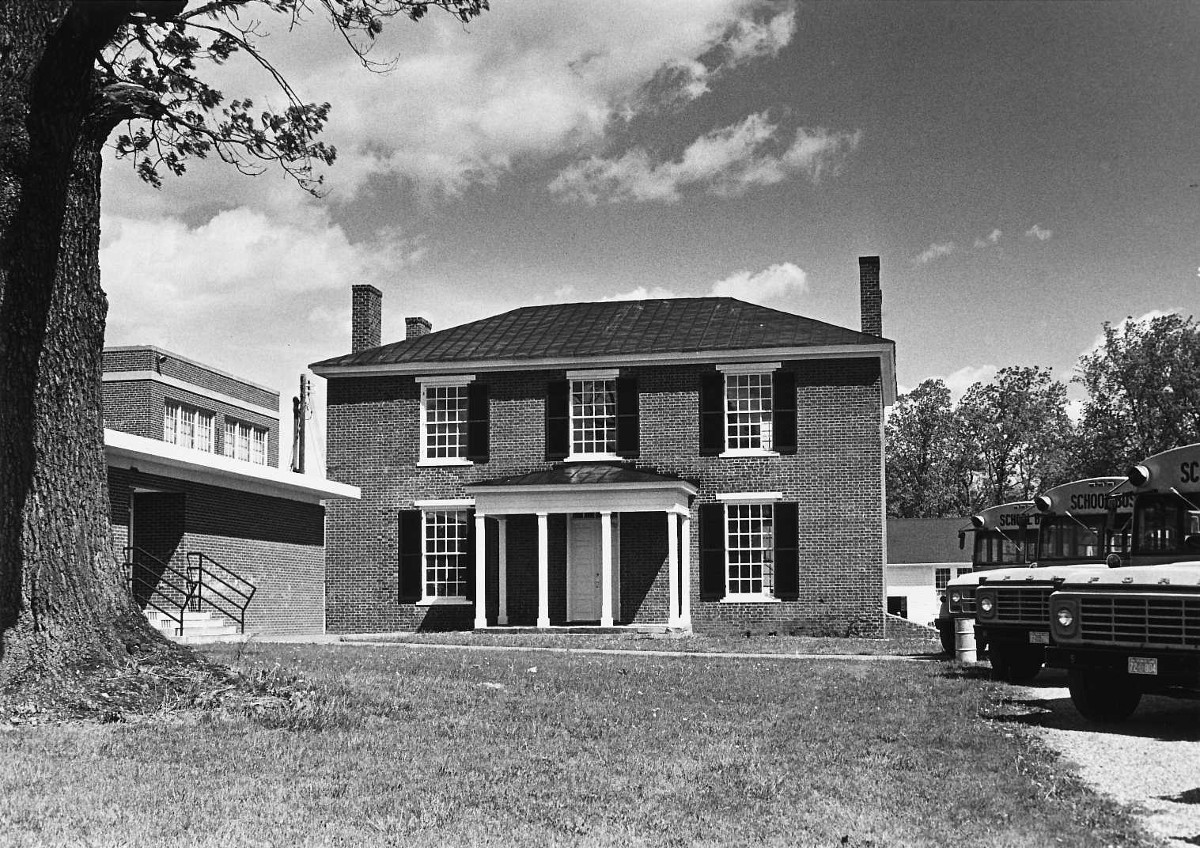 Founded in 1795, the New London Academy is the only public secondary school in Virginia to operate under a charter from the General Assembly. Begun as a classical school for boys, the school was established at its present location by 1797 and has operated continuously since that time. By the late 1880s it had become affiliated with the public school system and is currently an elementary school. The academy’s oldest building, erected to replace an earlier frame building, is a simple but formal Greek Revival structure built 1837-39. It has continued in use in varying capacities to the present day. Marred by alterations over the years, its exterior was carefully restored to its original appearance in the early 1980s. Also on the property is an original kitchen outbuilding used as museum of the academy’s history.