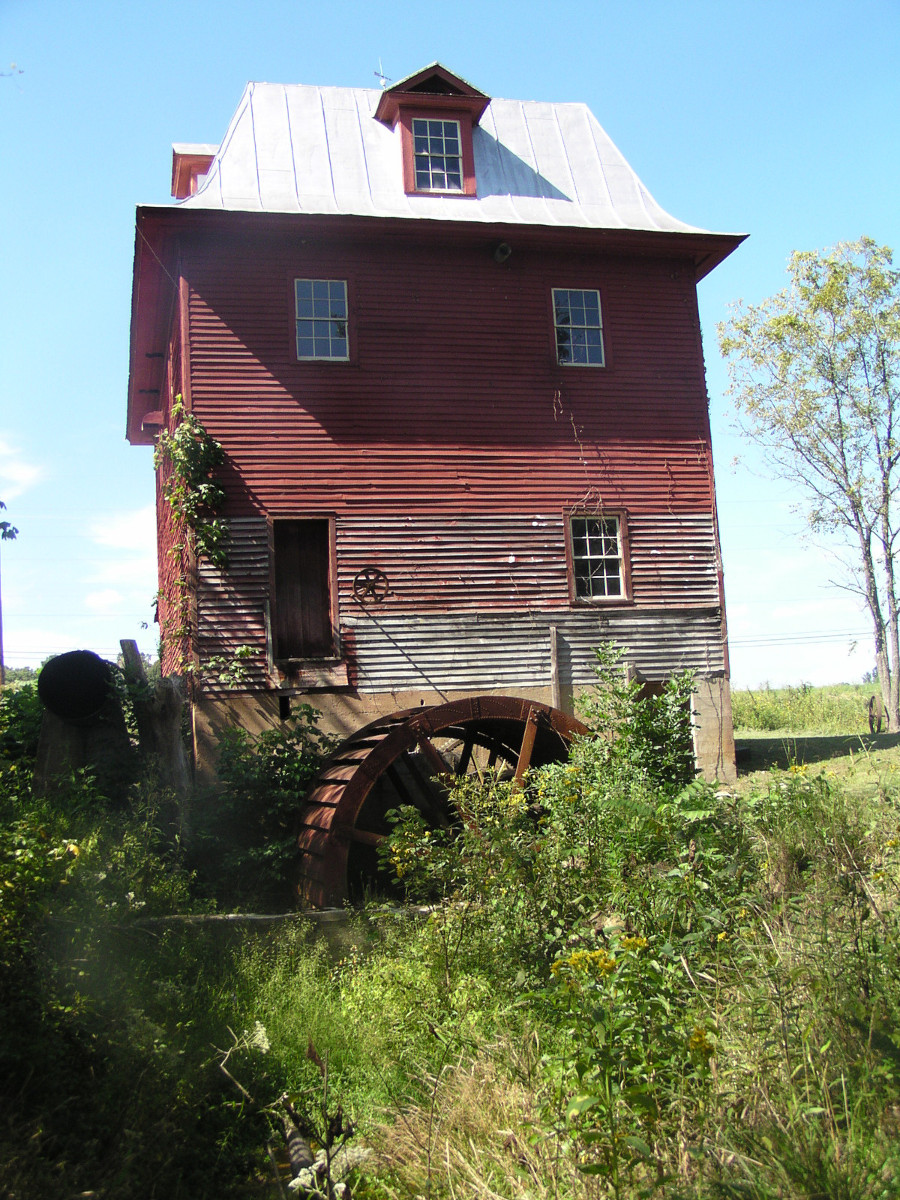 Big Otter Mill is a remarkably intact early-20th-century roller and gristmill. Millers Reed Forbes and his son John built it north of the Bedford city limits on a fork of the Big Otter River, one of the county’s principal waterways. Formerly known as Forbes Mill, the large mortise-and-tenon, frame mill building is topped by an unusual and picturesque mansard roof. The mill retains a nearly complete set of early-20th-century machinery that, until the late 1940s, processed corn, wheat, and other locally produced grains. During the early 20th century, smaller-scale commercial activities, including a steam-powered sawmill and a country store, supplemented the mill’s operation. The foundation of the store and an early-20th-century millrace remains on the merchant mill property.