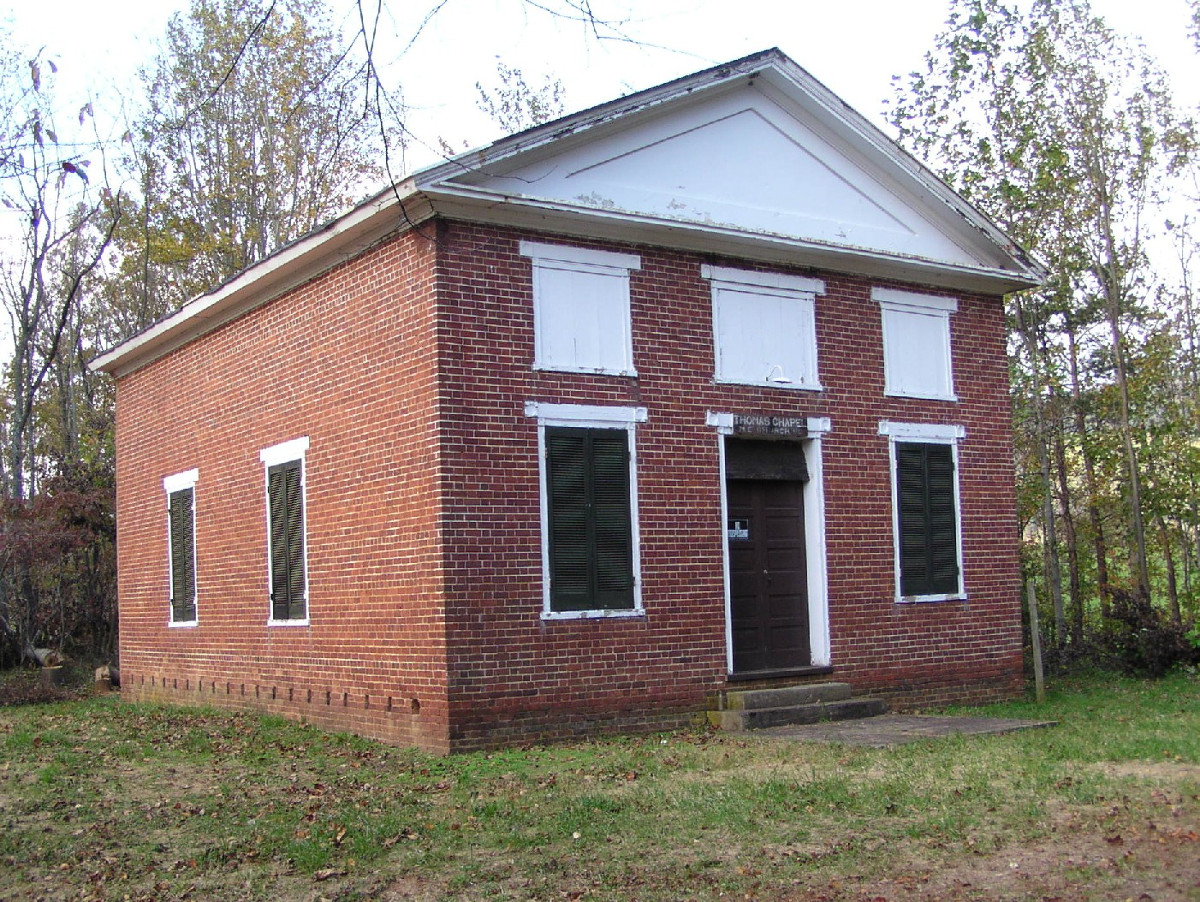 Associated with the Virginia Conference of the Methodist Episcopal Church, the Thomas Methodist Episcopal Chapel is a rare surviving example of a formally designed, small, temple-form church. Prominent rural Bedford County citizens had it constructed in 1844 by local craftsmen in a vernacular Greek Revival style. It remains a one-story, one-room, rectangular-plan, brick building with a three-bay façade and a pedimented front-gable roof. The setting of the church and the view from the churchyard also are remarkable. The impressive Peaks of Otter loom large above the small, partially wooded knoll on which the chapel is situated. The area remains sparsely populated to this day, leaving the surrounding landscape unspoiled, and the chapel’s association with the distant past remains intact.