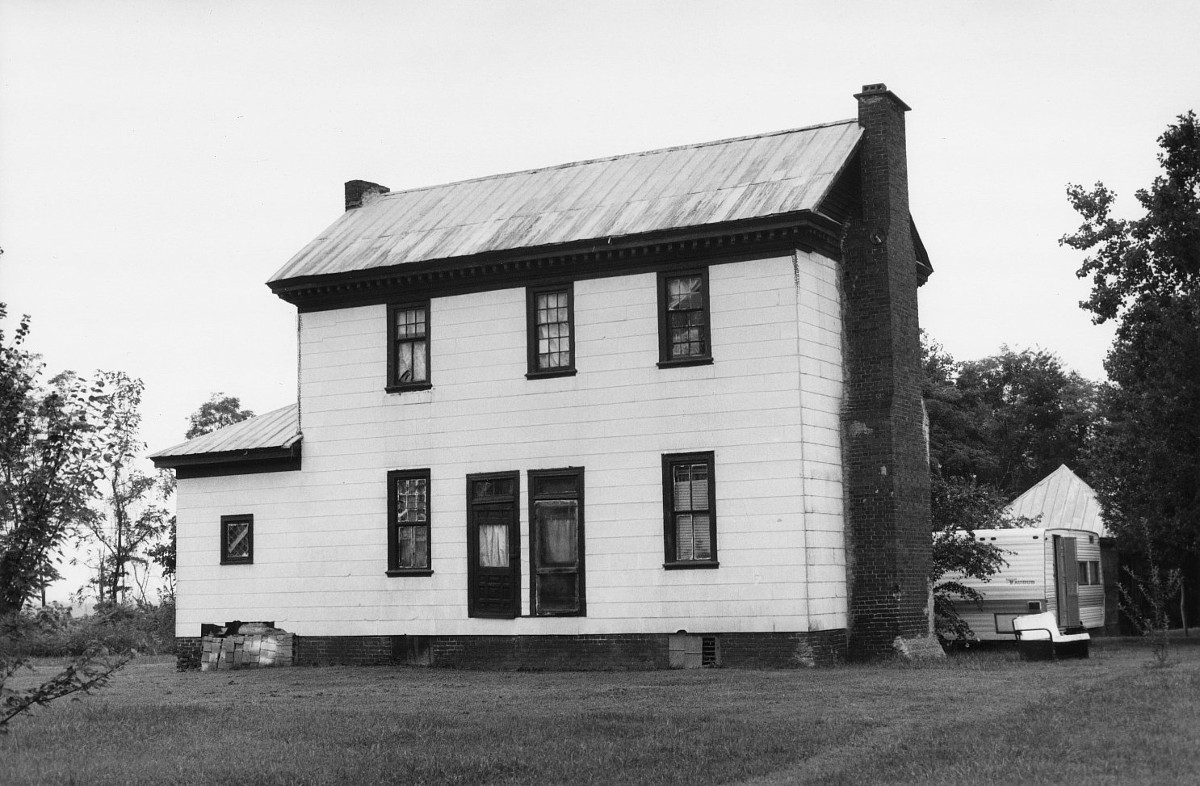 An object of considerable antiquarian interest, Mount Airy was built ca. 1797 for Col. Thomas Leftwich, whose family subsequently built three similar houses in the county, each with a peculiar one-story wing that protruded from the facade. The wing at Mount Airy was demolished in ca. 1955, but the dwelling retains much of its bold late-Georgian woodwork inside and out. Prominent on the exterior is the hefty modillion cornice. Inside is a wealth of original trim including paneled wainscoting, doors, cupboards, and mantels. Despite the loss of the original wing and subsequent later additions, the two-story core retains its hall/parlor plan. Thomas Leftwich settled in the area about 1752. He was active in the French and Indian War and the American Revolution. His 50 years of public service included a term as county justice and a seat in the Virginia General Assembly.