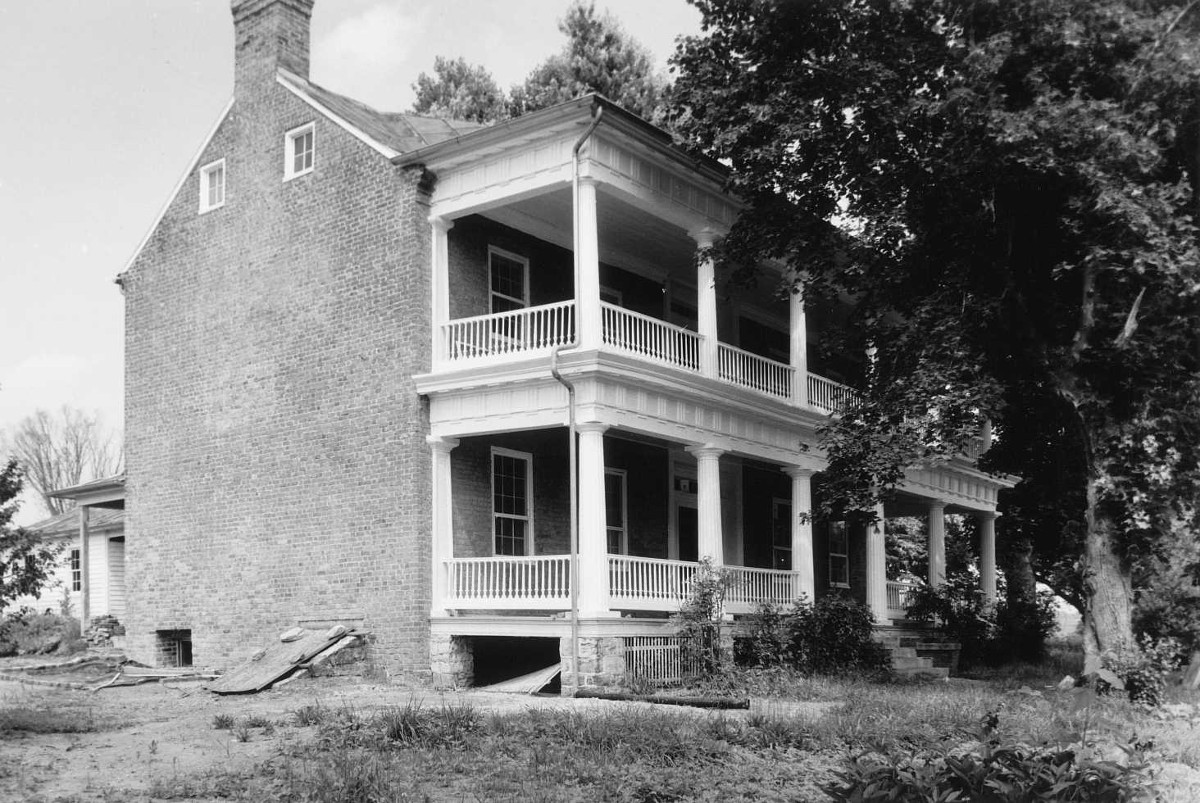 Wheatland Manor is among the most substantial and well-finished antebellum residences in Botetourt County. Although the Federal-style interior woodwork is relatively understated, the later two-tier Doric gallery shows the builder’s knowledge of the Greek Revival style at its finest. The house was built in the 1820s when the brothers Joel, Jesse, and Silas Rowland jointly owned the property. Deputy sheriff Rufus Pitzer purchased the house along with a gristmill and a sawmill from Silas Rowland’s son in 1851. Pitzer dressed up the facade by adding the gallery. It was also during Pitzer’s ownership that a half-mile-long limestone retaining wall was constructed along the county road. After the Civil War, Wheatland Manor was home to Jacob Cronise, the county’s leading cattle farmer. The house is currently undergoing restoration.