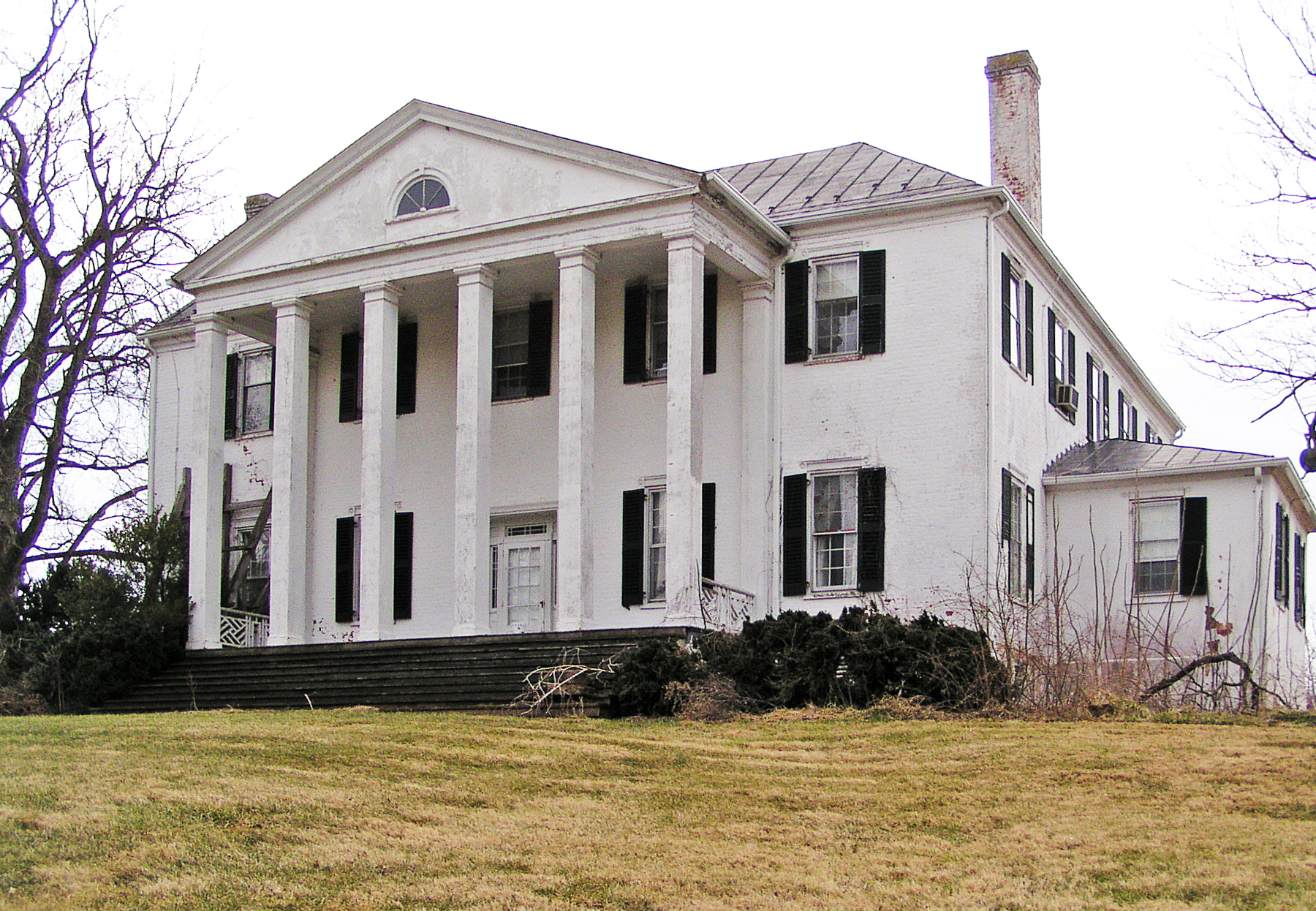 Lauderdale was named for its 18th-century owner, James Lauderdale, Sr., who bought over 350 acres in 1749. The current house and its outbuildings, including an antebellum brick privy, were begun in 1819. The house began as a Federal-style building, though it underwent remodeling in the 1840s with Greek Revival details such as the elaborated entrance and some of its interior moldings. The dominant front portico was added in 1926. The interior of the house boasts two significant features that shed light on its history. The east parlor retains evidence of a trompe l’oeil wall painting, probably associated with the 1840 remodeling, and the east attic room contains extensive graffiti, most written in pencil, beginning in the summer and fall of 1862. The graffiti includes biblical verses and quotations from Sir Walter Scott’s and other literary works, indicating the attic’s use as a schoolroom. In addition, the names of sisters born in the mid-1860s, Nora and Julia Johnson, appear as well as other names from the late-19th-century and from 1918.