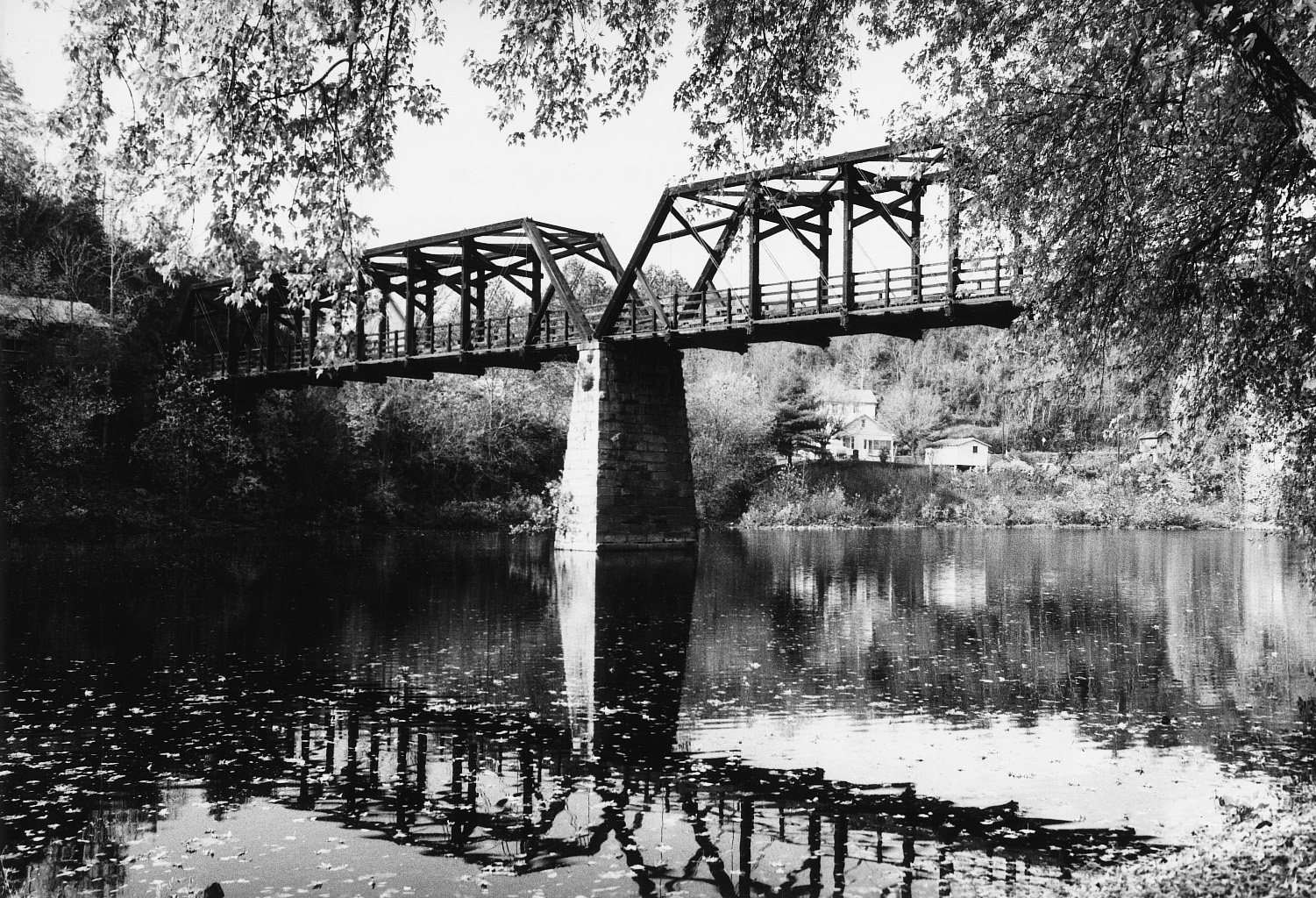 The three-span Springwood Truss Bridge, located upstream from Buchanan in Botetourt County, was Virginia’s last major wooden bridge across the James River. It was constructed in 1884 by the Richmond and Alleghany Railroad Co. and acquired by the state in 1932. It was demolished following damage from a 1985 flood.