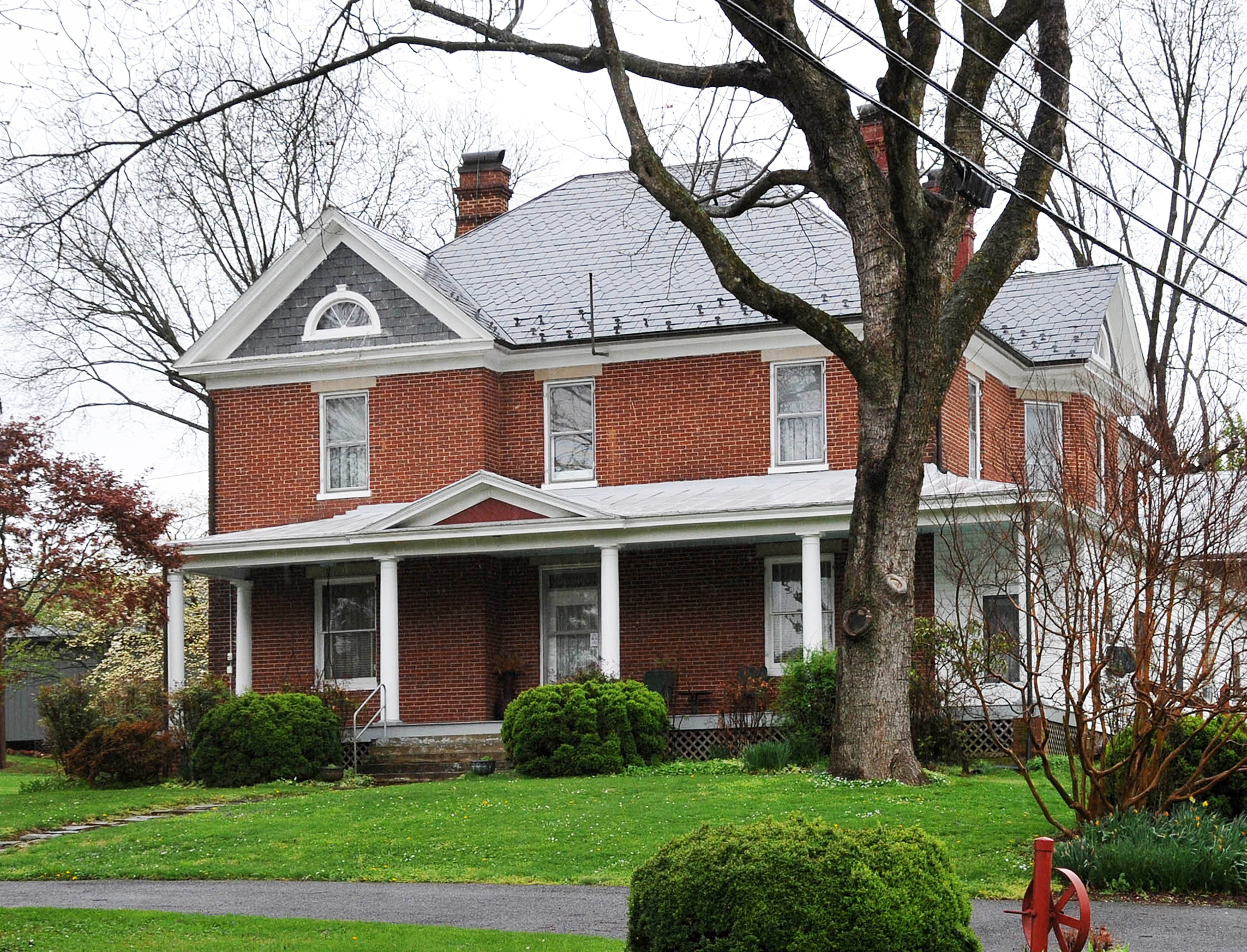 Thomas D. Kinzie House is a large, early-20th-century, slate-roofed, brick house that replaced an earlier farmhouse that stood in the same location along Route 11 south of Troutville in Botetourt County. H. M. Miller, a prolific architect from Roanoke, designed the house in Late Victorian style. On the interior, Miller customized the floor plan to suit the owner’s needs, with two full staircases leading from the central hall to the front and rear portions of the second floor. Much of the abundant woodwork in the house is finished with a skillfully applied faux maple graining. Little else has changed on the property since the early 19th century, when the farm appears to have been established. A large German-style bank barn, used in 1837 by the German Church of the Brethren as a place of worship, still stands just south of the house.