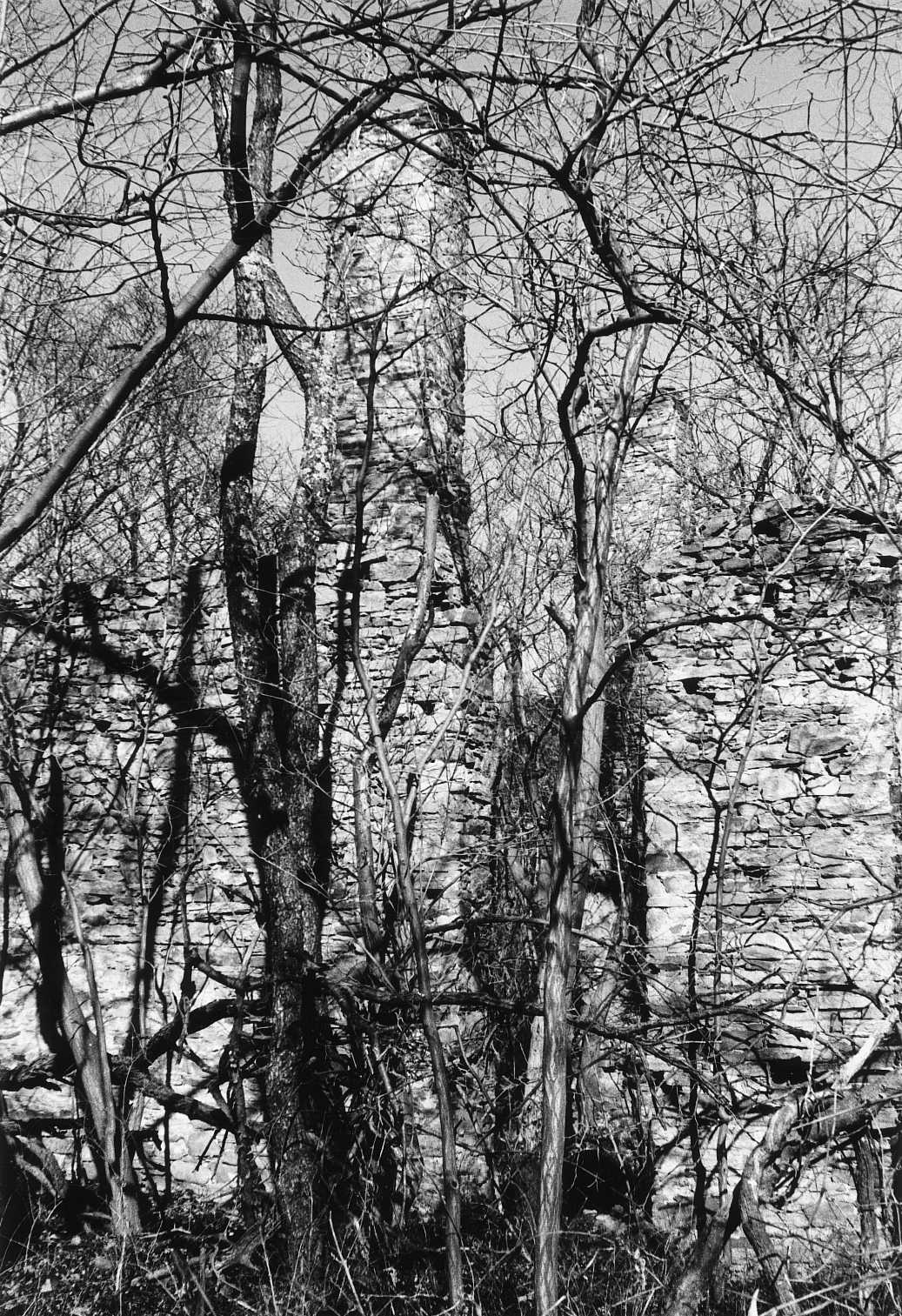 This stone ruin atop a wooded ridge overlooking the James River is of a plantation house built ca. 1800 for William J. Lewis. Its elevated site, one-story plan, classical portico, and polygonal projections have led to the speculation that its design was influenced by Thomas Jefferson, who showed partiality to all these elements in his own works. Lewis family tradition holds that Lewis and Jefferson were friends and that Jefferson advised on the house. Mount Athos was gutted by fire in 1876. The Lynchburg Daily Virginian noted the many valuable paintings and fine library it had contained and commented: “It is sad to see an ancient abode of so much refinement, elegance, and hospitality swept away.” Archaeological investigation of the ruins and their immediate surroundings could provide additional information on this enigmatic structure.