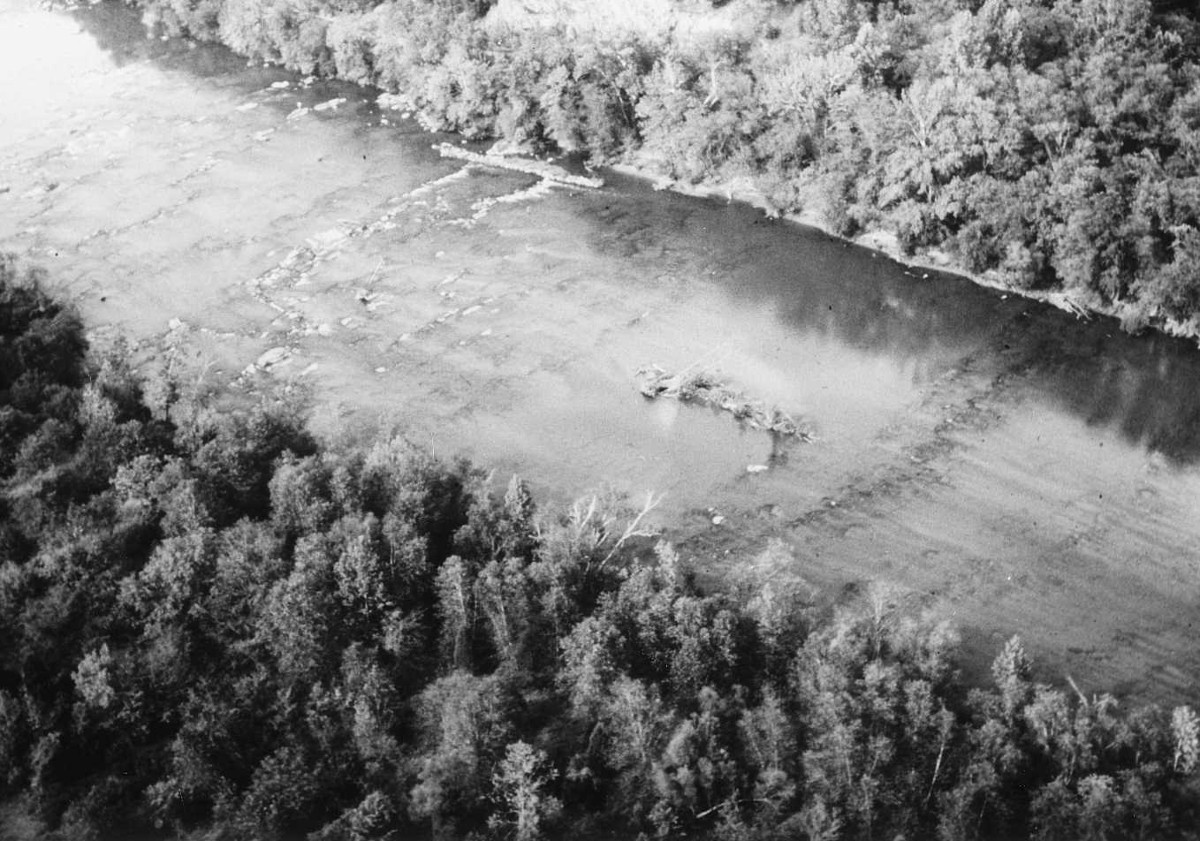 The Cat Rock Sluice is one of the country’s best-preserved relics of a rare riverbed navigation system for bateaux. The network of sluices with their associated wing dams and towering walls was constructed by Samuel Pannill in 1827 for the Roanoke Navigation Company. The system permitted passage of poled riverboats, called bateaux, through the falls of the Staunton (Roanoke) River, opening up the river as far as Salem. The company’s entire network extended for over 470 miles. The sluices, blasted through rock ledges, are paralleled by substantial stone walls called wing walls, which helped to guide the water into a single channel and provided a platform from which the boatmen could pull the bateaux through the sluice by rope, a primitive but effective system which fed the early economy of southern Virginia.