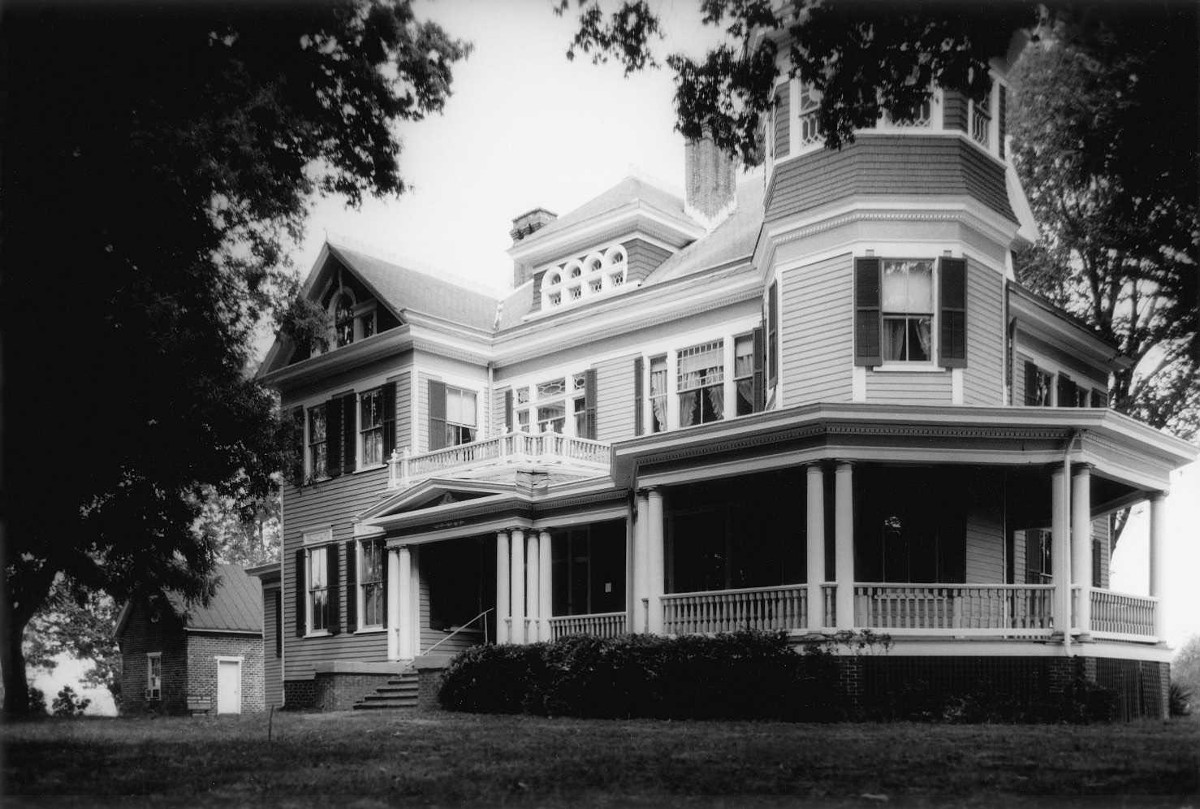 Designed in 1901 by Lynchburg architect John Minor Botts Lewis for Thomas and Mary Fauntleroy, Avoca is one of the state’s foremost expressions of the Queen Anne style, a style distinguished by complex rooflines, a variety of surface treatments and window types, and numerous porches and projections. Avoca’s interior has no less visual interest than the exterior. The hall is dominated by a grand staircase with a rounded balcony projecting from a landing. Avoca is also the site of an earlier dwelling, Green Level, the home of Revolutionary War patriot Col. Charles Lynch. It was on Lynch’s land that area Tories were flogged by locals for allegiance to the British crown, giving rise to the term Lynch Law. Avoca now houses a museum and historical society. On the grounds are several outbuildings predating the present house.