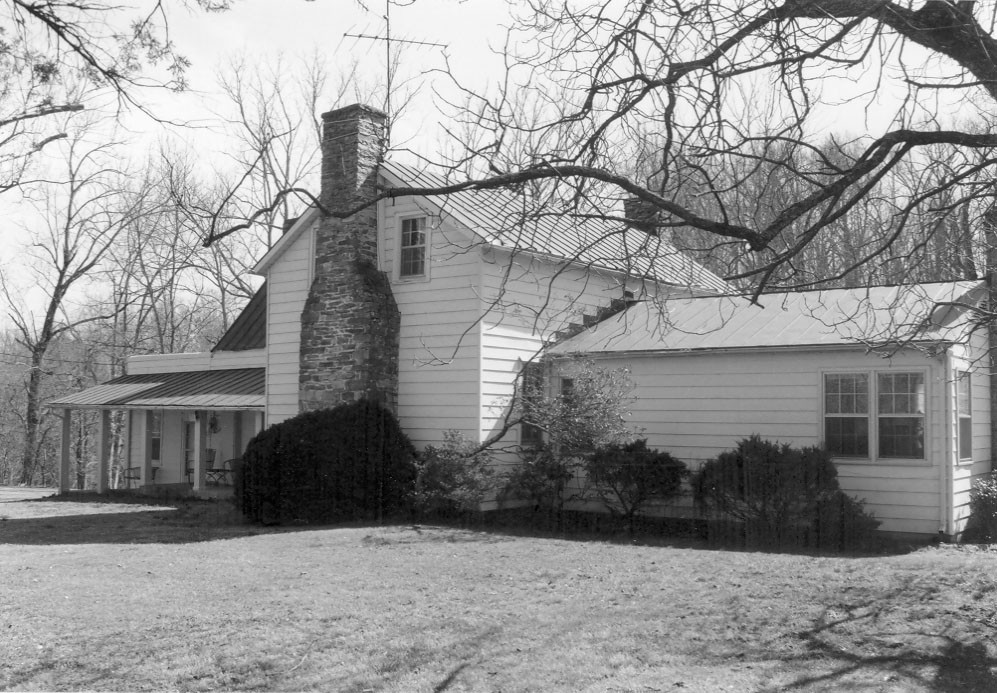 Walnut Hill has stood for two centuries among picturesque fields and woodlands in Flat Creek Valley. The original one-room log section was built for Samuel and Judith Clark Moorman in 1802. Shortly afterwards a new front of frame construction was added. Both sections are detailed in the Georgian style with notable architectural features such as false-panel batten doors. The property was later owned by Samuel and Judith’s son Samuel Tucker Moorman, a Methodist minister who spent most of his later life in Richmond, but who retired to Walnut Hill. In 1883 Moorman sold the house to Colonel Joel Breckenridge Leftwich, a Civil War veteran and two-term delegate in the Virginia General Assembly. Leftwich’s wife was Moorman’s sister Lucy Frances. Joel Leftwich and other members of the Leftwich and Moorman families lie buried on a ridge top in a stone-walled cemetery with a notable cantilevered stile.