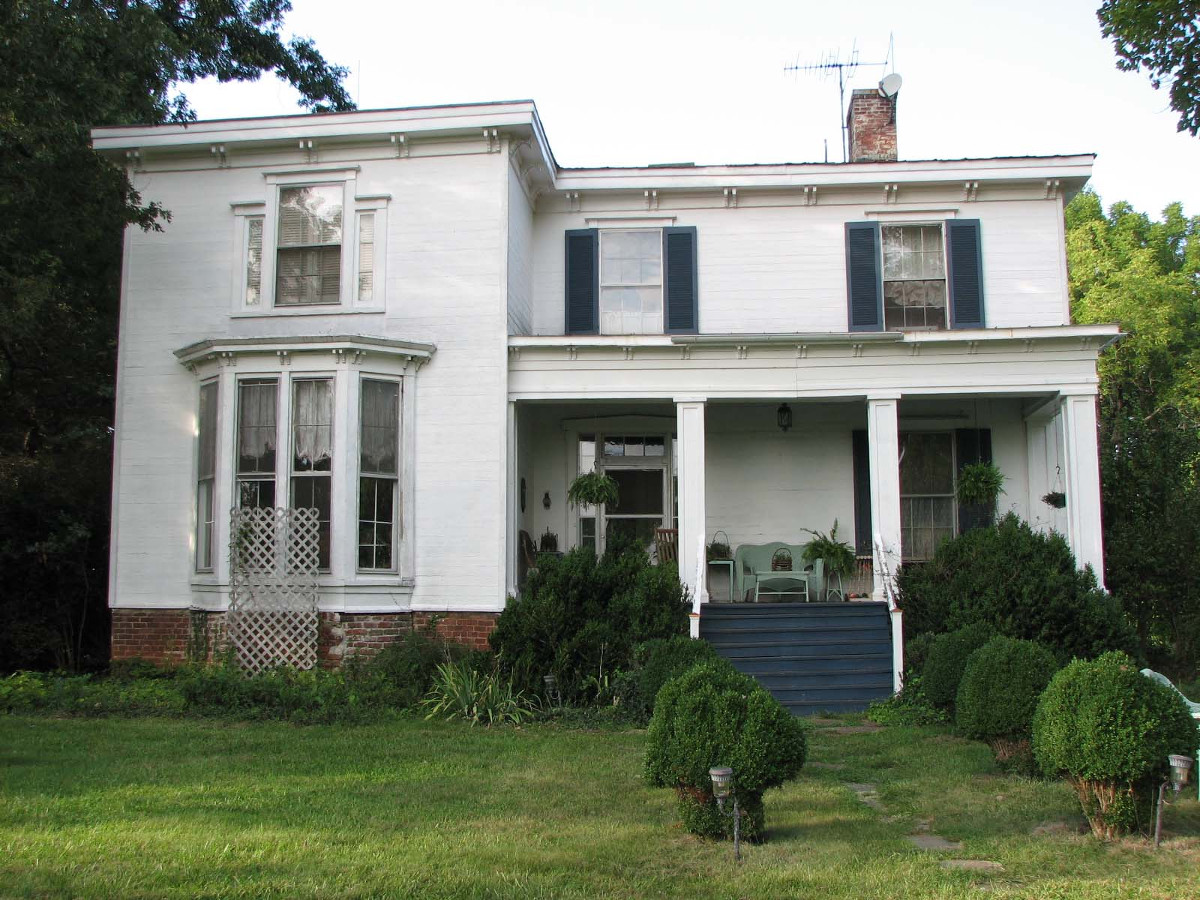 Caryswood, in Campbell County, is an early example of the Italianate architectural residential style that was just becoming popular in the U.S. prior to the Civil War. The house was constructed in 1855, possibly by local builder James Womach, for military officer and politician Robert Chancellor Saunders and his wife Caryetta Davis. Caryswood remained in the Saunders’ family home for over a century, and maintains a great deal of its original historic fabric, character, and setting. The property also includes a mid-19th-century stable, unusual for the techniques used in its construction at that time.