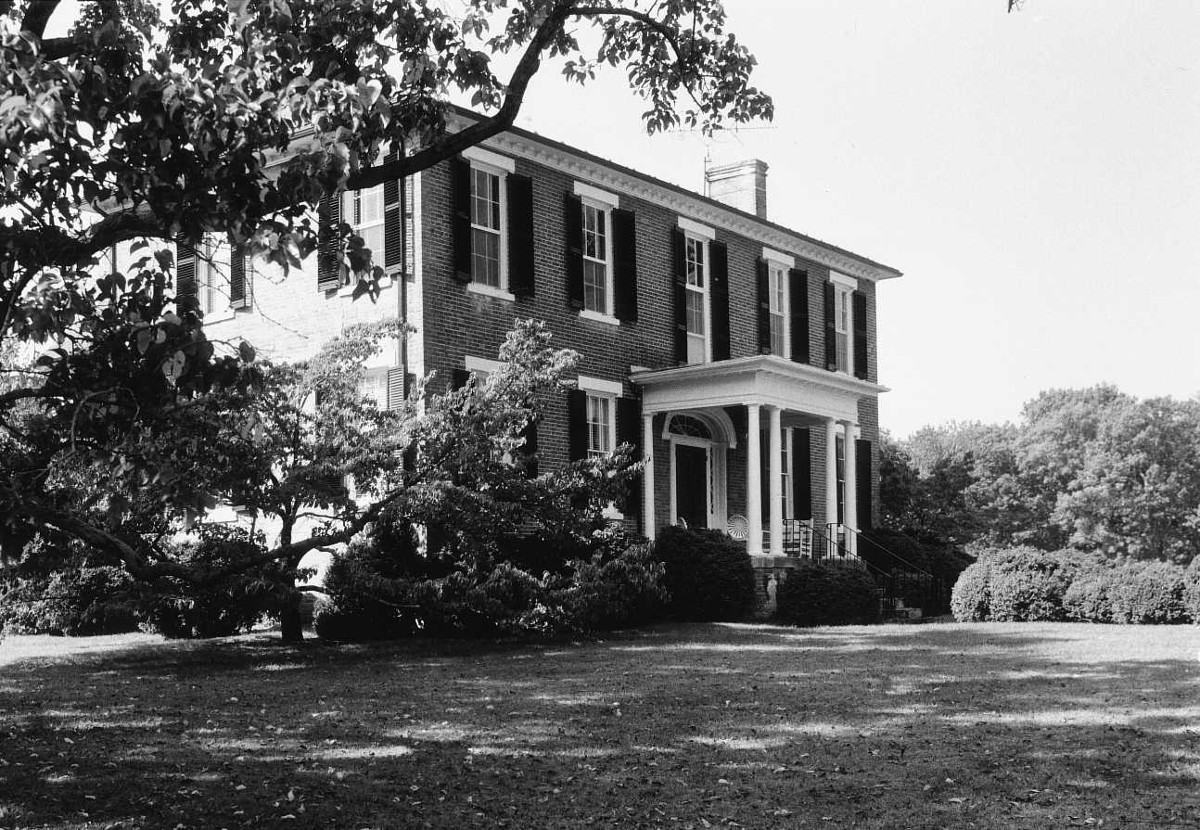 A landmark of the Rappahannock River Valley, Santee was originally the seat of Battaile Fitzhugh, whose ancestors had lived in the area since the late 17th century. The earlier section of the two-part house is a two-story frame ell, built by Fitzhugh in late 18th century. The brick front section, an example of regional Federal style, was added in the early 19th century. The ell has since had its siding removed to expose its brick nogging. Behind the house is a substantial kitchen outbuilding. The property passed to Fitzhugh’s daughter Patsy, wife of Samuel Gordon of Kenmore. During Gordon’s tenure Stonewall Jackson and his troops camped on the grounds. Gordon requested that the soldiers not cut Santee’s trees for firewood, and today the huge oaks and other trees form one of the most impressive plantation parks in the state.