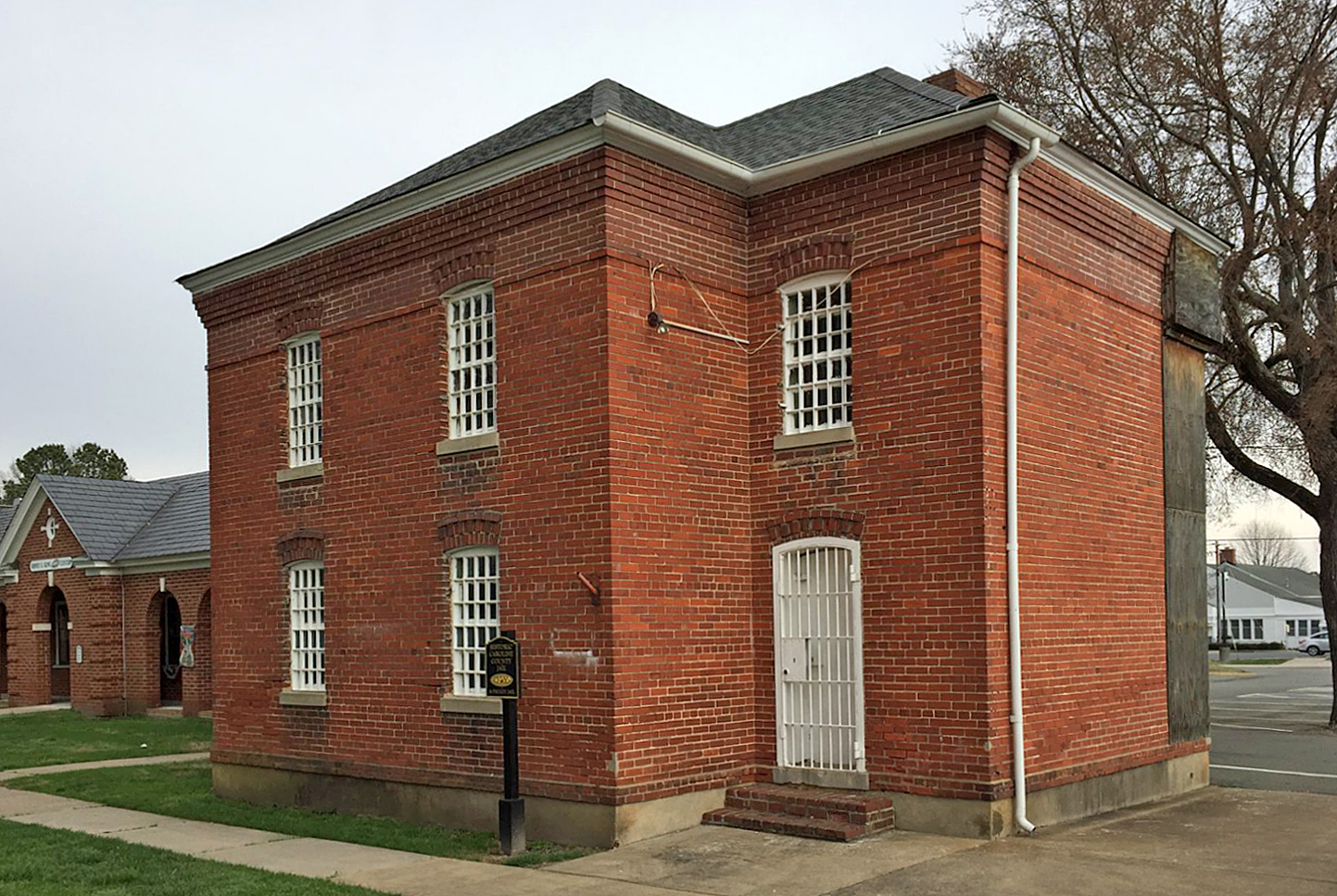 Built in 1900, Caroline County’s Old Jail, located in the Bowling Green Historic District, is an example of a once common jailhouse building form now mostly vanished from the rural jurisdictions where they arose during the late 1800s and early 1900s. Designed by Pauly Jail Building and Manufacturing Co. of St. Louis, which also supplied the jail’s prefabricated prison bars, fittings, and other steel components, Old Jail is a Colonial Revival, two-story, hip-roofed building standing at the edge of the courthouse square.

Old Jail is nationally significant as the place where a county sheriff imprisoned Richard and Mildred Loving, a racially integrated married couple, after he arrested them early in the morning of July 17, 1958. Charged with violating Virginia’s Racial Integrity Act of 1924, Richard Loving, who was white, spent one night in Old Jail; his wife, a woman of color, spent four days and nights in the cramped female cell housed on the jail’s second floor. After the Lovings pled guilty to charges of unlawful cohabitation, the court sentenced them to one-year prison terms but suspended the terms when the Lovings agreed to leave the state. In 1964, the ACLU took up the Lovings’ defense and initiated appellate proceedings. After higher Virginia courts upheld the convictions, the U.S. Supreme Court agreed to hear the case of Loving v. Virginia. In June 1967 the Court ruled that anti-miscegenation laws violated the equal protection and due process clauses of the 14th Amendment to the U.S. Constitution. The ruling rendered laws banning interracial marriage in Virginia and 15 other states unconstitutional and unenforceable.

By 2019, Old Jail’s association with the Lovings strengthened efforts to preserve the jail, which closed in 1968 when the Caroline Historical Society converted the building to office and museum space. The conversion removed the steel-bar cells from the ground floor but the building otherwise retains most of its historic fabric and floorplans and stands as a reminder of one couple’s impact on Civil Rights history in the United States.