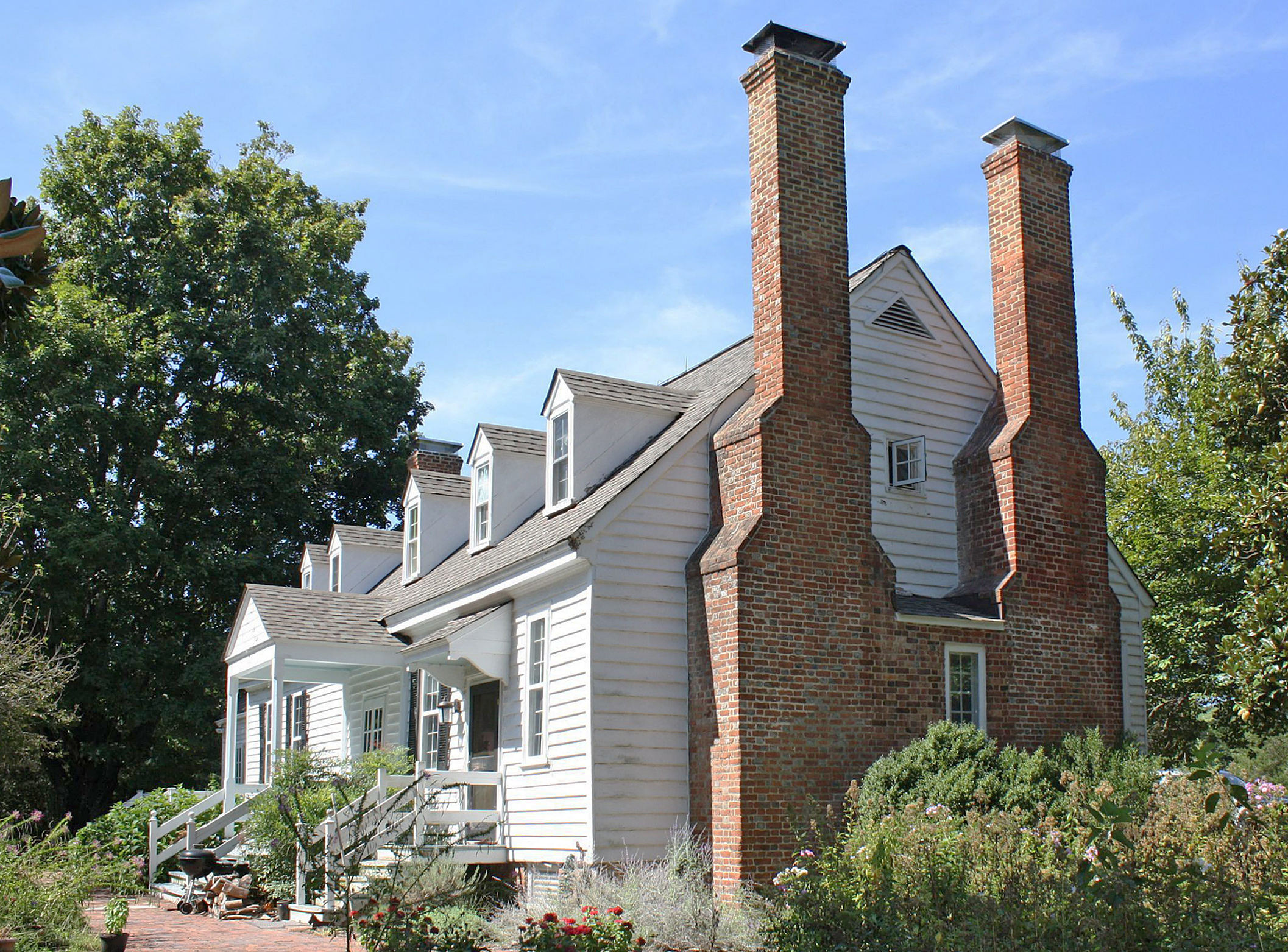 The oldest portion of Caroline County’s Mount Gideon dwelling dates to around 1778 when Robert Graham purchased 600-plus acres and began construction of a one-story, double-pile, side-passage house with two exterior brick chimneys on the east end. A large Federal-style addition around 1817 added a parlor with a brick end chimney on the west side, creating a central-hall plan house. That addition to the late Colonial-era house included stylish updates throughout, leaving detailing in place that reflects the Colonial and Federal periods. Also evident in the architecture of the house and several of the outbuildings is the ever-popular Colonial Revival style, which has flourished in Virginia since the late 1800s. The combination of these three distinct architectural periods at Mount Gideon contribute to the dwelling’s local importance as a first-rate example of a well-planned, evolved house over 240 years. A circa-1840 granary, along with three outbuildings from the 1930s, further add to the architectural context of a property, now covering 45 acres, that has seen several generations of prosperous farming. The granary is one of about a half-dozen pre-Civil War farm buildings in the county, a rare survivor.