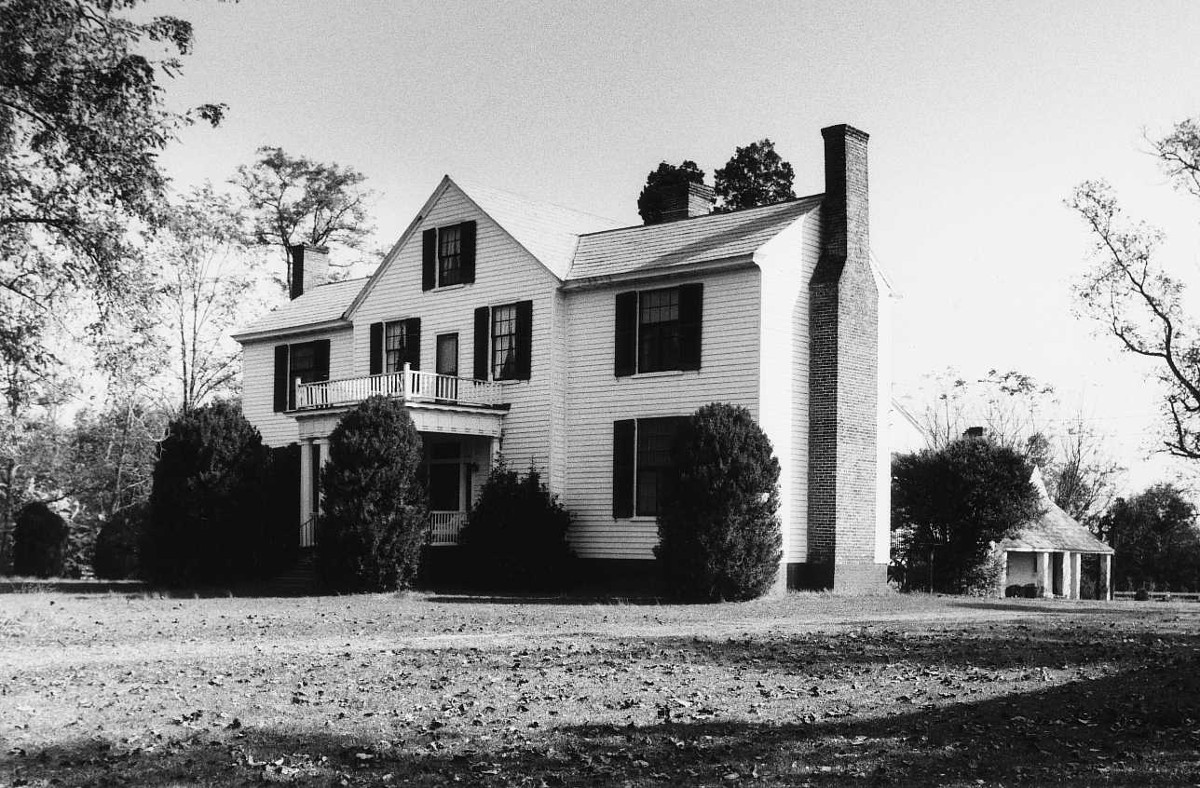 Judge Paul Carrington, a distinguished jurist and a leader in Virginia’s movement from colony to commonwealth, made his home at Mulberry Hill in his later years. During the colonial period Carrington was a local justice and represented the county in the House of Burgesses. In the Revolutionary period he served on the 1776 committee that framed the Virginia Declaration of Rights. From 1789 to 1801 he was a justice on Virginia’s newly created Court of Appeals. His residence, overlooking the Roanoke River valley, blends two periods of construction. The facade incorporates as its center section the late 18th-century gable end of the original house. Flanking it are two-story, early 19th-century wings. On the grounds is an unusually complete set of early outbuildings including Judge Carrington’s office. The property also preserves a family graveyard and traces of a large formal garden.