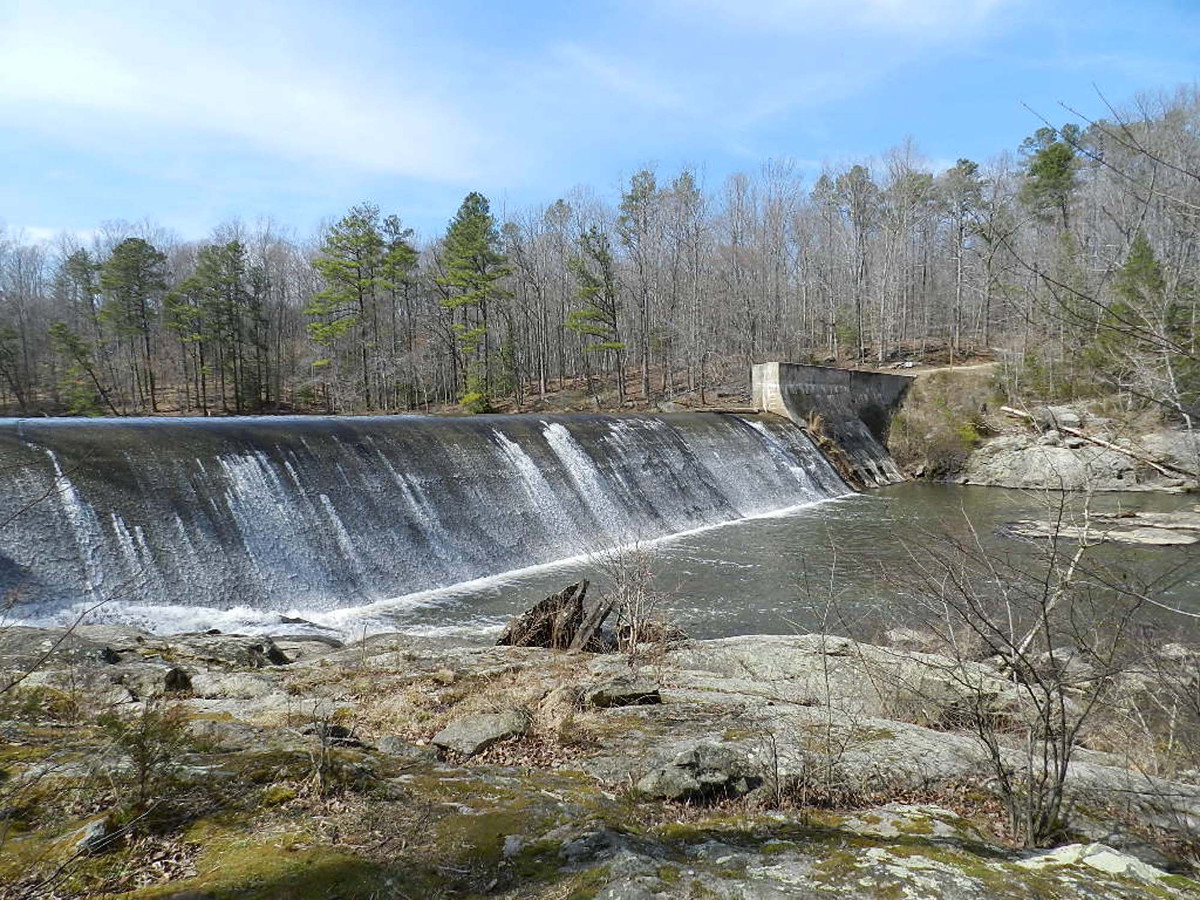 Pocahontas State Park Historic District in Chesterfield County – originally known as Swift Creek Recreational Demonstration Area (RDA) – was a project of the New Deal-era Civilian Conservation Corps (CCC). The historic district encompasses the park’s initial acquisition, design, and construction by the CCC through the National Park Service’s donation of the park in 1946 to the Commonwealth of Virginia. The Swift Creek RDA was one of just two RDAs developed in Virginia and one of 46 created across the U.S. The RDAs were the brainchild of the National Park Service as part of the larger Federal Emergency Land Relief Program begun in 1934 to address problems in areas of extensive soil erosion and related issues. Renamed Pocahontas State Park and Pocahontas State Forest, after it was donated to the Commonwealth, and operated jointly by Virginia State Parks and the Virginia Department of Forestry, the area became the state’s largest park. It now encompasses over 7,900 acres and three small lakes. Architecturally, Pocahontas State Park is notable among Virginia’s state parks for having the largest number of surviving buildings constructed during the CCC period. The majority of buildings were built in a rustic architectural style that emphasized simplicity in design and use of native building materials. In 1989, the park implemented a new master plan that included expansion of the park facilities to attract and accommodate the growing numbers of visitors from nearby Richmond and Chesterfield County. Pocahontas State Park is important in Virginia as the only state park specifically designed for use by large groups.