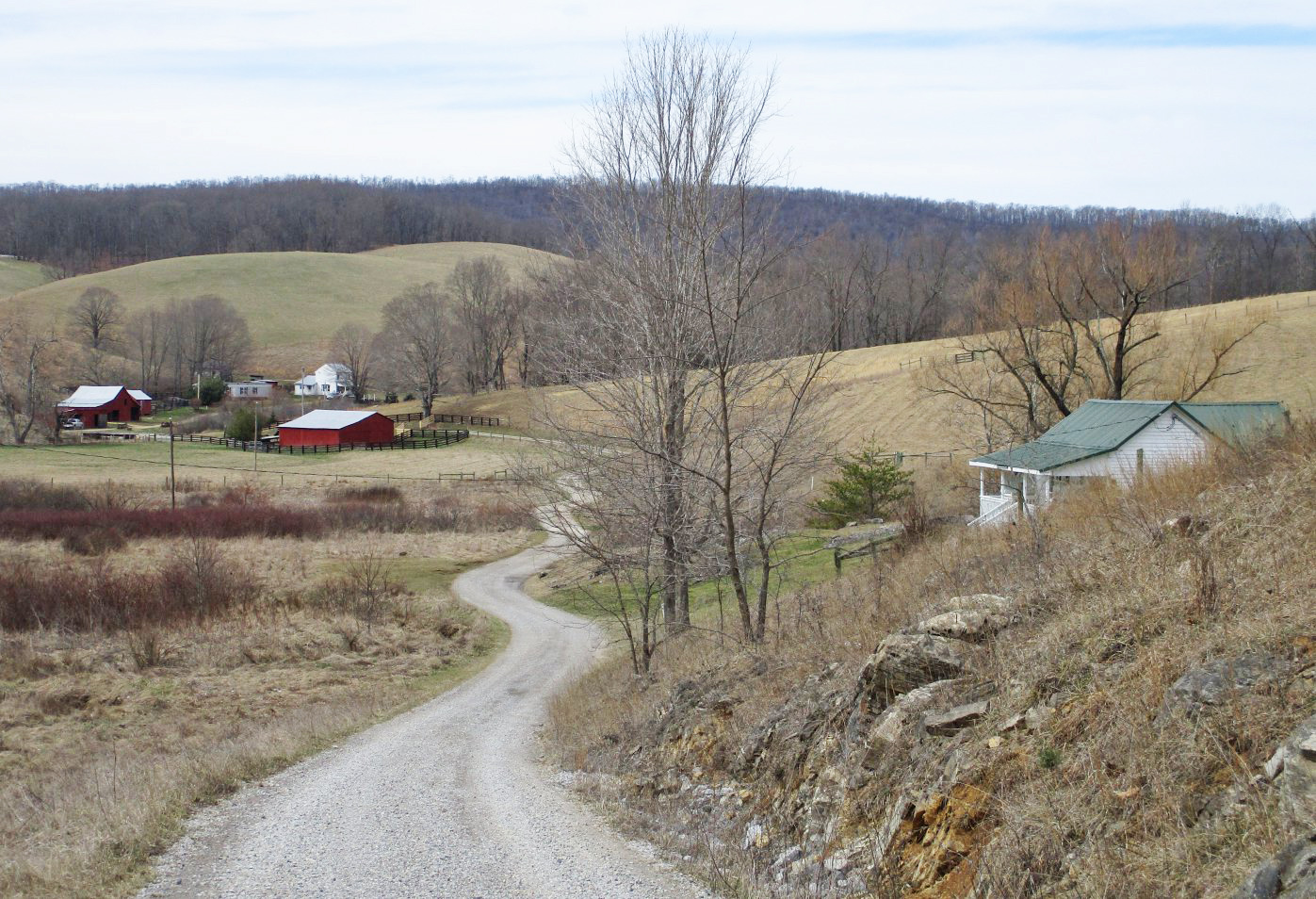 Located in the Sinking Creek Valley, the former Craig County Poor Farm is important for its role in promoting the welfare of the county’s poor and needy residents during its years of operation between 1892 and 1921, and is among the rare surviving examples of poor farms or poorhouses in Virginia. The poor farm superintendent’s two-story house, a simple dwelling of frame construction with vernacular Greek Revival elements, stood on the grounds by 1892. Next to the house stands an 1892 poorhouse cottage, one of three residential cottages that stood on the grounds in 1909. The two-bay, two-room cottage is reminiscent of servants’ quarters of the 19th-century era and conforms to the standard poorhouse lodging form in Virginia at the turn of the 20th century. The property also retains from its poor farm period a stone cellar structure, a frame granary-corncrib, the County Farm Cemetery where poor farm residents were buried, and a frame barn. In 1921 the county sold the farm to a family who used the superintendent’s house as their farmhouse and converted the surviving poorhouse cottage to a chicken house.