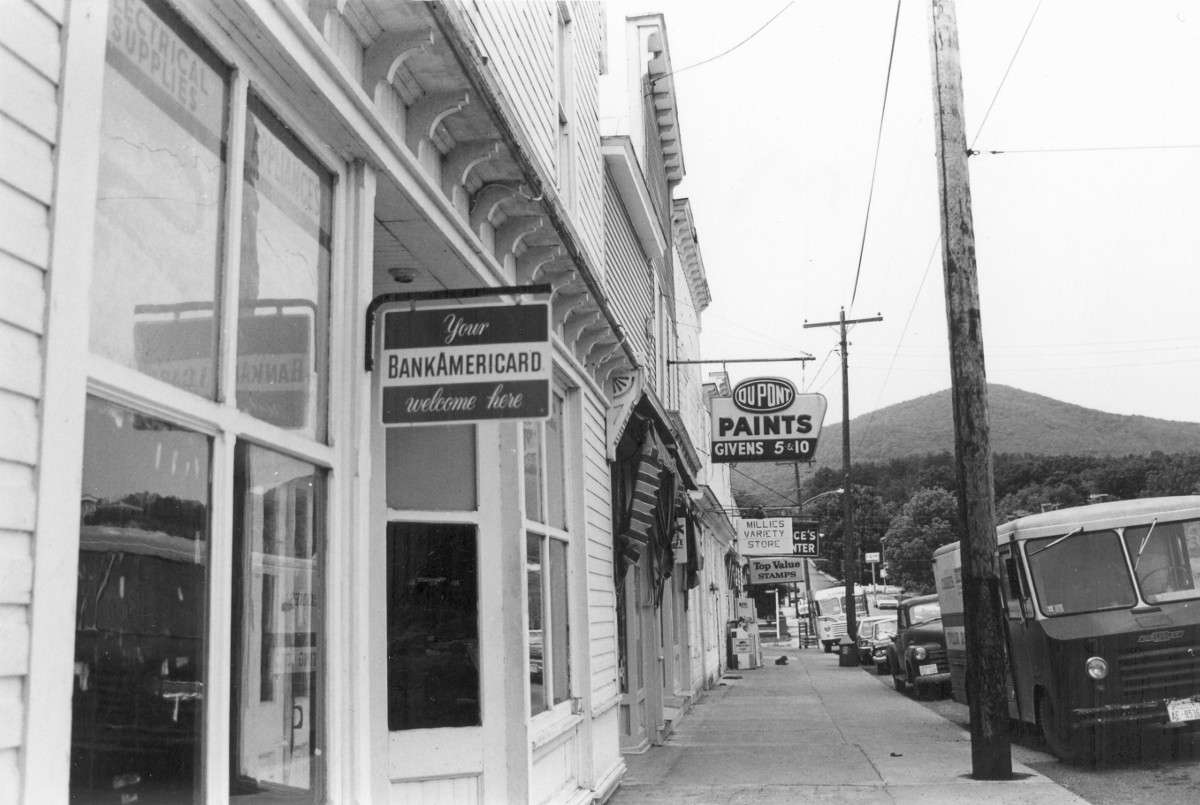 The New Castle Historic District, formerly including only six properties, presently encompasses much of the downtown commercial center and contiguous residential areas in the town of New Castle in Craig County.  Laid out in 1818, near the confluence of Johns Creek and Craig Creek, New Castle was originally within the borders of Botetourt County. The 1830s marked the arrival in New Castle of the Cumberland Gap Turnpike, which served as a major transportation corridor that facilitated exports from Southwest Virginia to the navigable James River and also encouraged development of, and immigration to, the region. In 1851, the formation of Craig County led to the designation of New Castle as its county seat. The 1890s arrival of the C&O Railroad’s Craig Valley Branch, with its terminus at New Castle, led to ambitious expansion plans for the town, some of which were realized over the next three decades. The extant historic resources of New Castle reflect aspects of every period of its development, from the nineteenth through the early twentieth centuries