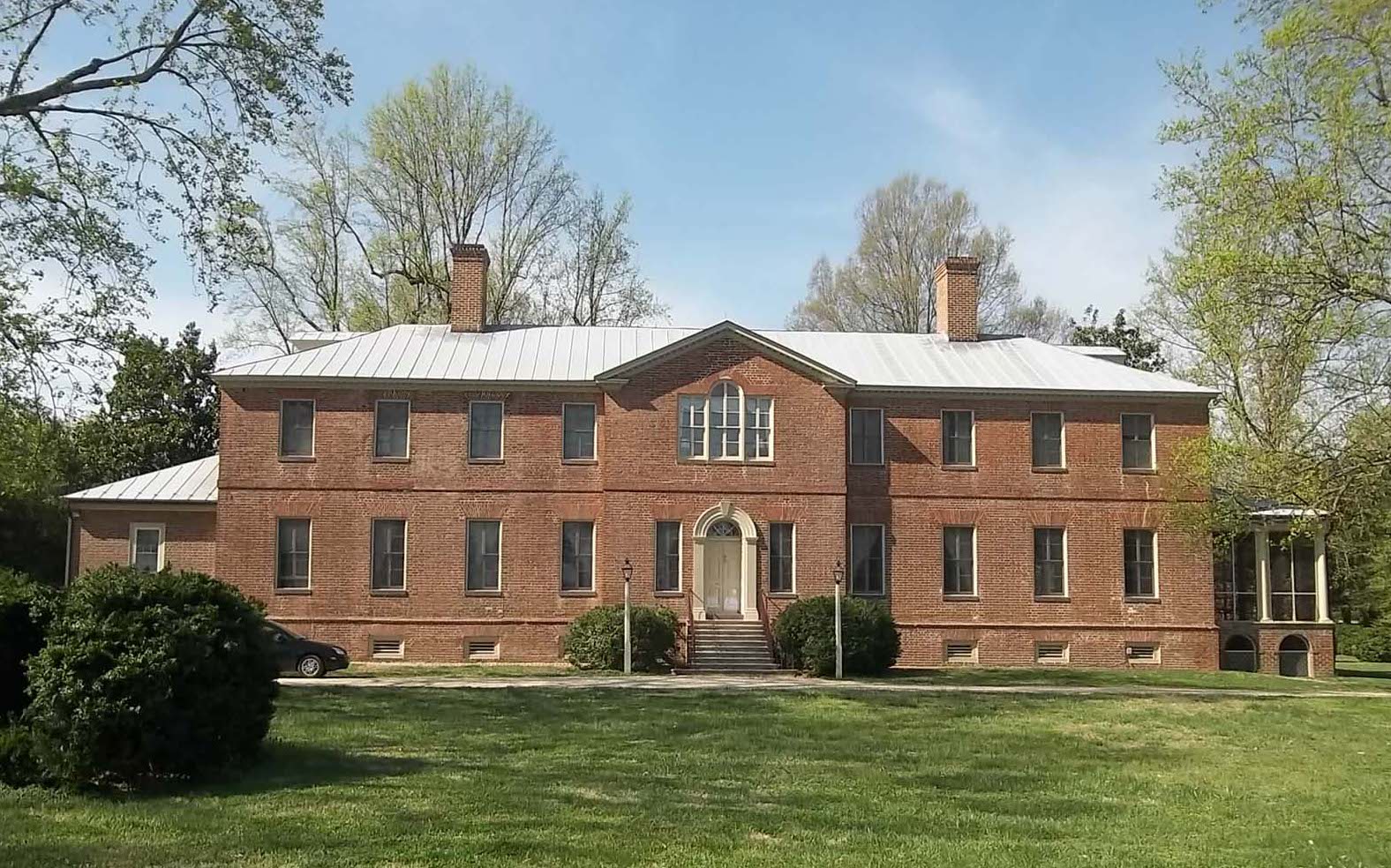 The wealth and influence of the Garnetts is shown by Elmwood, one of Virginia’s most ambitious colonial mansions. Muscoe Garnett, whose family had been prominent in Essex County affairs since the 17th century, had the house built ca. 1774. The austere formality of the 100-foot facade contrasts with the highly ornamented interior woodwork, some of the finest of the late colonial period. The drawing room is especially grand, having scrolled pediments and Ionic pilasters decorating the doorways and chimneypiece based on designs published by Abraham Swan. The house was partially remodeled in the Italianate style in 1852 by Muscoe R. H. Garnett, a Confederate statesman. After standing empty for many years, Elmwood was restored in the 1950s by a descendant of the builder. Complementing the house is a large formal garden and park. A collection of rare early farm buildings stands on the lowlands.  The Elmwood property contributes to the Occupacia-Rappahannock Rural Historic District.